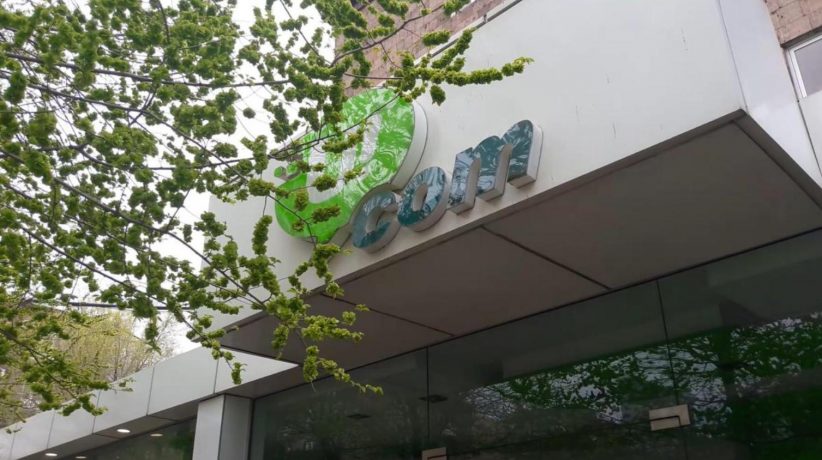 Feud between the government and Khachatryan family escalates after the government arrests shares in mobile operator UCOM belonging to family members of Armenia’s former Finance Minister and former head of the State Revenue Committee Gagik Khachatryan, who has been under arrest since August 2019, under charges of embezzlement and abuse of power.

Gurgen Khachatryan, chairman of UCOM’s board of directors, and son of Gagik Khachatryan, has claimed that the government is pressuring them to give up their majoritarian ownership of UCOM.

UCOM, one of Armenia’s three mobile operators and the biggest internet provider, faced an internal feud on April 10 which resulted in the resignation of the company’s CEO Hayk Yesayan. This came just after the assets and shares of the Khachatryan family members were arrested by the government.

According to Gurgen Khachatryan, the “Illegal arrest of company shares will create an uncontrollable situation,” and that the government is threatening the family that they may have to agree to sell their shares at the lowest possible price.

Gurgen Khachatryan added that they have no intention to sell their shares in UCOM. He said in a statement that, “In recent days there has been a direct demand that we alienate UCOM, and if we don’t agree, accusations of committing particularly serious crimes will be levied.” According to the statement by Gurgen Khachatryan, actions may be taken against himself, his brother and other family members and those connected with the Khachatryan family.

The debacle started after the family members of former finance minister and chief tax collector Gagik Khachatryan, who are the majoritarian shareholders of UCOM, announced their intention to replace the management of the company.

Sources told CivilNet that the shares of Gagik Khachatryan’s family members in all their businesses, including UCOM, had been arrested by the government since March 27, due to charges of large scale embezzlement against Gagik Khachatryan, as well as abuse of power during his tenure as head of the State Revenue Committee of Armenia between 2008 and 2014 and minister of finance between 2014 and 2016.

Spokeswoman of the Prime Minister of Armenia Mane Gevorgyan responded, stated that, “According to the Armenian government, Gagik Khachatryan and his sons have run a corrupt, mafia-like system in Armenia for many years, accumulating several hundred million dollars in illicit wealth. The Prime Minister’s position is that the loot should be returned to the state.”

With regards to UCOM, Gevorgyan added that the arresting of shares was consented to by the government after a dispute arose between the company’s shareholders and the issue of changing the composition of the shareholders. She also remarked that the selling off of Khachatryan’s shares will only take place if all the proceeds are transferred to the state budget.

According to Gevorgyan’s statement on Facebook, “The prime minister’s position is that if it turns out that there have been officials who have tried to gain personal benefits from this process, they should be held accountable before the law in the same way as the Khachatryan’s mafia system.”

The PM’s spokeswoman also brought up information that former President Serzh Sargsyan’s son-in-law Mikael Minasyan indirectly owns shares in UCOM. Minasyan, who previously served as Armenian Ambassador to the Vatican and is one of Armenia’s most prominent media tycoons, had a criminal case initiated against him on April 22, regarding charges of embezzlement.

Armenia’s National Security Service (NSS) announced today that it has revealed a case of “an especially large bribe” worth $22.4 million, which was given “by a CEO of one of Armenia’s biggest business conglomerates to the former minister of finance.” The NSS statement refers to Gagik Khachatryan and Sedrak Arustamyan, CEO of Multi Group, owned by Armenian business tycoon and opposition Prosperous Armenia party leader Gagik Tsarukyan.