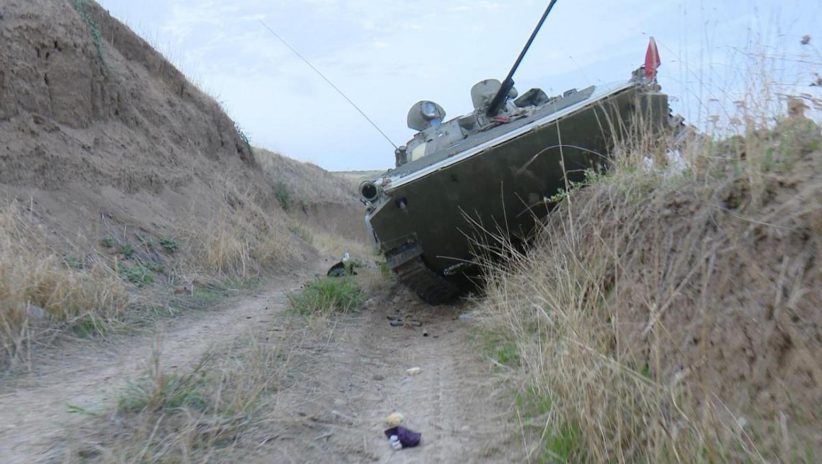 Karabakh President Arayik Harutyunyan confirmed in a press briefing that Azerbaijan’s attempts to secure the southern town of Hadrut following the ceasefire announcement have so far not succeeded. The town is currently under Armenian control but intense fighting continues in the area and the Azerbaijani forces are not far.

Artak Beglaryan, Karabakh Human Rights Defender, noted that on the morning of October 10, Azerbaijani forces entered Hadrut for a period of time and killed two residents in a home, a mother and her disbled son.

“I condemn the ongoing atrocities committed by Azerbaijani forces against Karabakh’s population and I demand the international community to respond adequately to this issue and to pursue punishment for the perpetrators,” Beglaryan said.

Responding to a question about whether the Israeli government knows that its weapons are targeted towards civilians, the Karabakh President said that, “In April 2016 War, Israel had sent experts with the weapons so I am certain that the government of Israel is well aware.”

Armenia’s Ministry of Defense further noted that hostilities are also intensifying in Martakert and the whole southern region.

“The intensity of artillery fire has been calmer since the ceasefire announcement, but there is no decrease in use of Unmanned Aerial Vehicles by Azerbaijan,” said Armenia’s Ministry of defense.

Armenian Prime Nikol Pashinyan echoed his calls for the recognition of Karakh’s independence.

On the Azerbaijani side, publicist Zabil Magerramov, a member of the Azerbaijany’s Talysh minority community, has told Civilnet that Azerbaijan intentionally sends individuals from national minority groups to the frontline, “which is part of Aliyev’s greater plan of attempting to get rid of the Talysh issue in Azerbaijan.”

Magerramov says that the Talysh community maintains strong neutrality in the ongoing war in Nagorno Karabakh.

“We support the negotiations between Azerbaijan and Armenia and have high hopes for Russia, which will make every effort to attain a peaceful and just settlement to the Nagorno-Karabakh conflict,” he noted.

24,000 Children in Karabakh Are Deprived of Right to Education