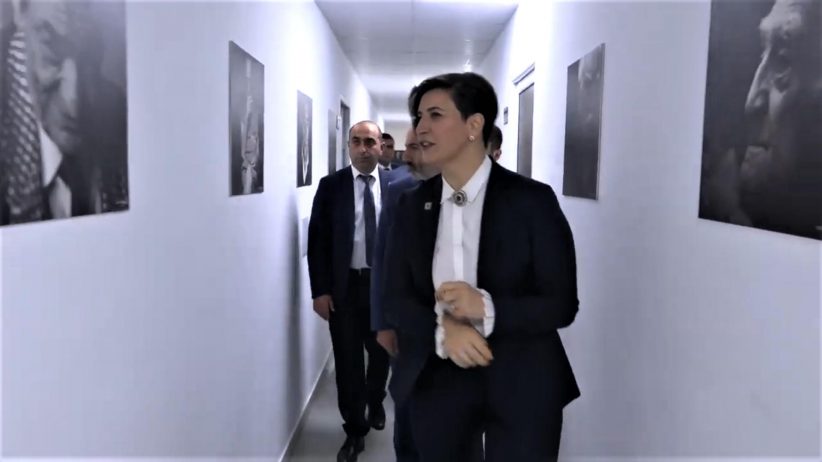 A feud has erupted between Prime Minister Nikol Pashinyan and the top brass of the Public TV of Armenia, after footage of the PM preparing for a televised address showing him incessantly coughing was provided on an open channel.

Executive Director of the Public TV Margarita Grigoryan has resigned as a result. She apologized and stated that what happened was “unforgivable.”

The catalyst related to the PM’s speech last Friday where Pashinyan spoke about the situation in the country regarding the pandemic and extension of lockdown restrictions.

The speech was televised and organized by a team from the Public TV of Armenia.

Allegations were levied that the Public TV provided an open channel which was used by other TV channels resulting in footage of the prime minister preparing for the speech, before they went live at 8pm.

Prior to the start of the speech, it appeared that Prime Minister Nikol Pashinyan was coughing incessantly, which some mocked online considering the current situation regarding the pandemic.

The Prime Minister’s Spokeswoman Mane Gevorgyan stated that although the PM’s office asked the Public TV to provide an open channel to other TV channels, that wasn’t meant to apply to the PM preparing for the speech.

Shortly after the footage was put out, the government asked for clarification from the managers of the Public TV.

On Sunday evening, the PM held a Facebook livestream where he stated that he had given many, who were appointed to their posts during the reign of the old Republican Party regime, a second chance after the 2018 Armenian Velvet Revolution, but that some it seemed had not adapted to the new reality.

Some are seeing this as a veiled reference to the top brass at the Public TV of Armenia.

He added that he had tested negative for a third time for COVID-19 after some were raising the PM’s health as an issue due to the footage of him coughing.

Vardan Hakobyan, a creative director at the Public TV, stated that he was present on the set with the PM’s spokeswoman Mane Gevorgyan, and said that the team made it clear to the PM’s team that they had started recording. Hakobyan did however express regret for what happened.

A State of Emergency for Workers

Oil: Force Majeure in the Era of Coronavirus – Challenging Times for Common Sense?