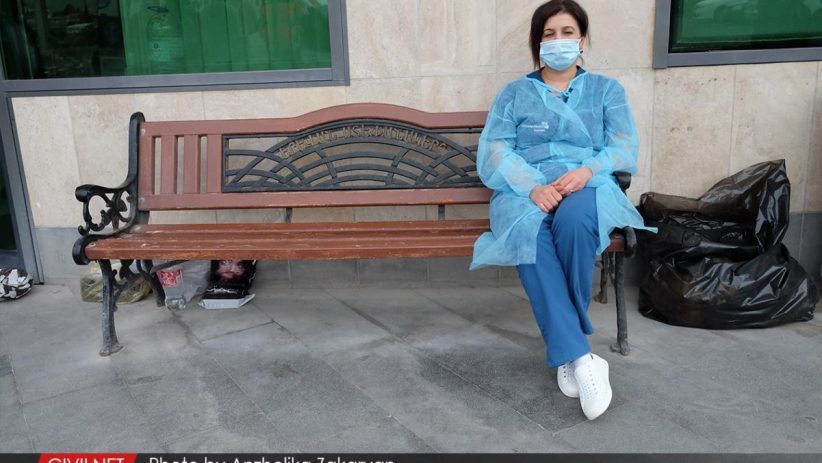 Artsakh / Nagorno Karabakh has been at war again since September 27. Azerbaijan started to shell and send missile strakes not only on the Line of Contact between the two regions but also on ordinary civilian towns and infrastructure.

Overall, roughly 80–90% of the Artsakh Defense Army consist of men, which is why when we talk about the war, the heros are mostly boys. As soon as the war started, women are asked to leave the cities and villages, to go to a safer place, so that their husbands, brothers, and fathers feel safer when they fight, so that they can ensure everyone can return home. However, the women of Artsakh are stubborn, and most don’t leave. Instead, they found work to do. Some of them risk their lives, stay in their homes, and try to contribute to the struggle. Here are some of those women.

Narine Zakaryan has been in the hospital since the morning of September 27. The shelling started on the same day, at approximately 07:30am. It was Sunday — her day off. But who would have thought about that? She has been in the hospital since the first day, sleepless, hungry, restless ․․․ Her son is fighting on the frontline. During the long surgeries, Narine manages to call family members, ask how her son is, if they have information, and then continues her work․․․ She has not returned home to this day.

The newlywed Elina got married only a week before the war. She’s staying with her husband’s family in the basement, where she makes tea for the elderly women. Elina feels it is her responsibility to wait and take care of everyone; the children, the neighbors, even the journalists who visit them every day.

This woman sits in a church from morning till evening and prays. She does not eat, drink, she only prays. When I asked her why she did not leave for safety, she said that she believed that God would provide the peace, and the only place she feels is right to be at, is the church. She has become an integral part of that church.

This is Tamar Sargsyan, a girl with the most patriotic heart I have ever seen. As soon as the war started, she joined a group of bakers, burning her face and hands day and night, and baking bread for the soldiers standing on the frontline. Her brother is at there. She says, “Every soldier is my brother, every bread will be eaten by one of my brothers”․․․

I want to talk about the image of mothers in the form of this woman. Mothers play an inexplicable role during the war. Anush is from Karin Tak village, waiting for her husband, father, and brother. Her son, David, is 5 months old. She sent her two children to Yerevan where it is safer. She and the little one stayed. She is unable to breastfeed the baby because of anxiety, but she does not intend to leave.

Since there were no open restaurants or cafes in the city since the first day of the war, these women volunteer at a fast-food restaurant. They prepare food, provide it free of charge to journalists, volunteers, servicemen, any person who needs it. From morning till night they work there, under the sound of explosions․ They left their children in the basements, but do their best to organize the humanitarian aid. 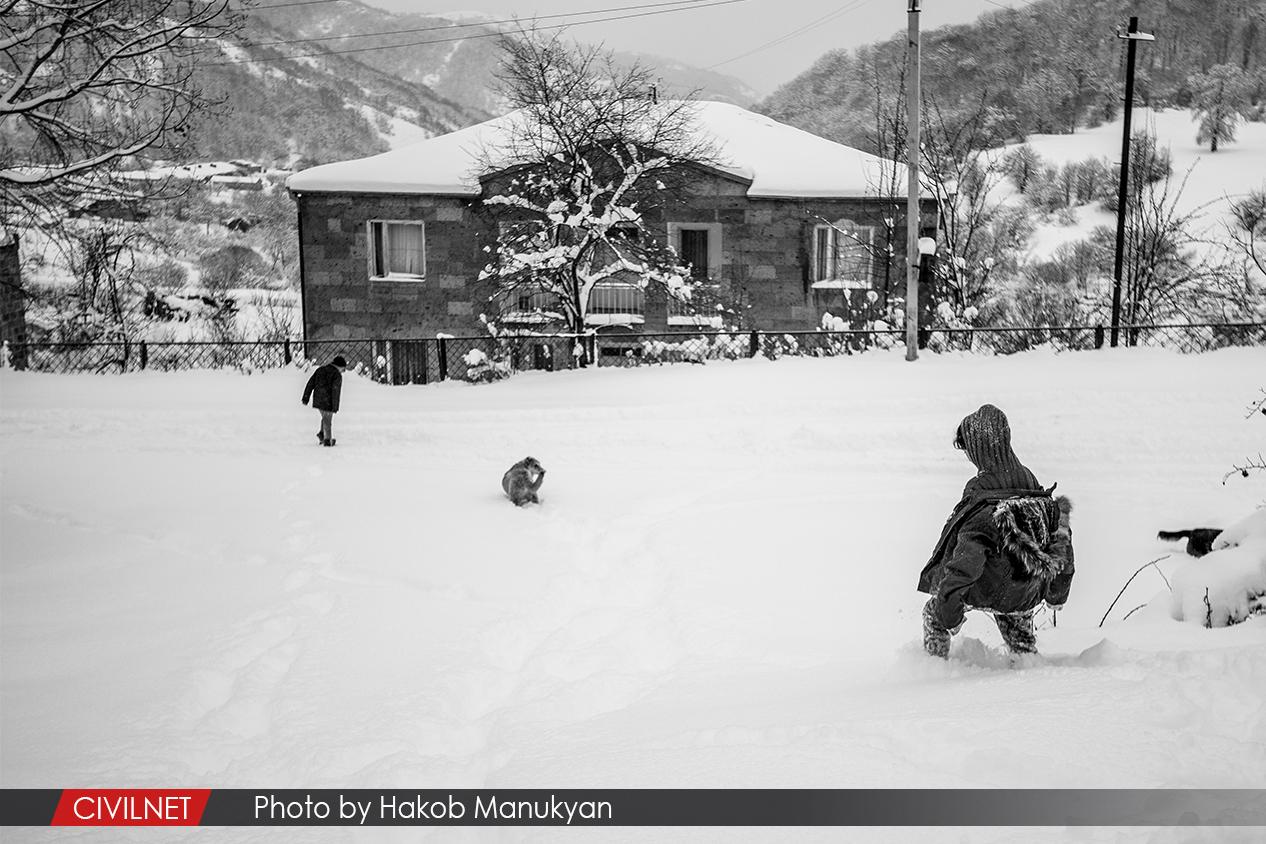 Since the author has to post her picture in the article, I decided to post it this way. Journalists are waging another war these days, their weapon is the camera. To protect the accurate information flow, they risk their lives to present the situation correctly. What they present, what they see, they give to the world, but then they live with those experiences, scenes and sounds․․․

Women have their functions during the war. Maybe they don’t go to the frontline (although, many also do that), but everyone does something. And this is the rule of war; everyone has to take action in whatever field they are best at. In this war, women are an integral part of that.