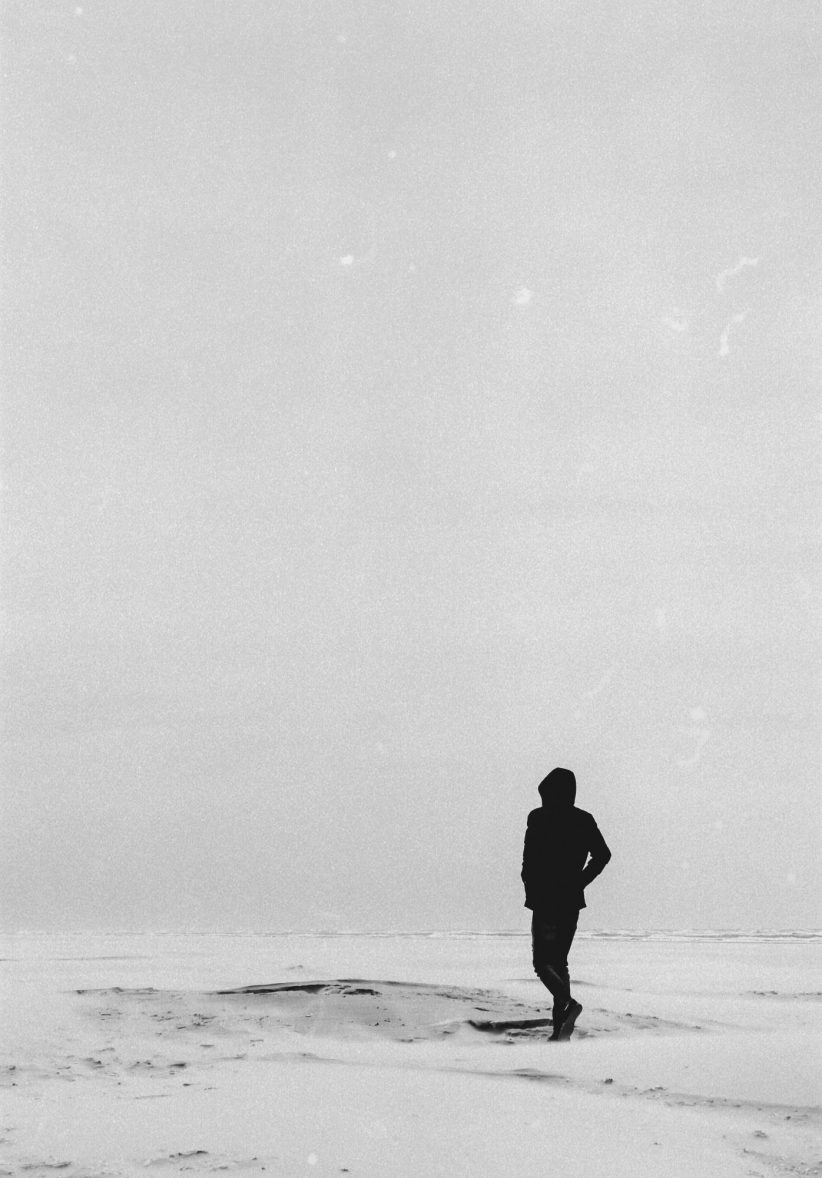 Winters were proper back then.

On the day of the first snow, I had a simple tradition. I’d get up early to be the first to step through the dirt field that was covered with snow on my way to school. Every year on that day, I would enter the field that served as a make-shift soccer field during the dry months on one end, before I stepped out the other end through the make-shift hole in the mud barrier. Before I could lean down to clear the wall and exit the field, I would turn around and take a moment to watch the pattern of my footsteps on the satin-like, winter surface.

The imagery of winter and snow had meaning; it wasn’t just about the beauty of nature. Winter meant that I had already left behind the gloomy hump of the wet season. Fall, with its mélange of yellow, orange and crimson leaves was my least favorite season, not because it lacked color or mystery, but because it not only signaled the beginning of a long and arduous school year, but it also cruelly marked the end of the summer holidays. Perhaps, that’s why I have always preferred snow over rain. Winter was an important milestone to the promise of spring and the sunny and carefree days of summer. Winter also meant that the Armenian holidays were around the corner and a reunion of our extended family with grandparents, aunts, uncles and cousins was fast approaching. The Christian holiday season in that part of the Islamic world was short in duration but dense in festive spirit and tradition at home and school.

The classroom window in my fourth grade was directly behind me. I used to sit in the front row that year. To be able to see the snow-covered branches of the tree through the window, I would have to turn my head 180 degrees to catch a glimpse of the tree reaching up to the third floor of our school building. The turn of my head alone would not suffice, however; I would also have to lean my body to the right or the left to avoid the heads of my classmates in the rows sitting behind me. Opportune times were rare, as the teacher kept a close eye on the students, especially the ones sitting on the first row. But it was inevitable that the teacher would have to turn to the blackboard and write something with the white chalk. That would by my moment. I’d turn around, lean, and catch a glimpse of winter and internalize the meaning that it carried.

Winter was the promise of a light at the end of the tunnel. The heavy snow on our downhill, dead-end street would pile and turn into a big mound. A permanent layer of ice would cover the street asphalt during the winter months, making it a perfect surface for kids and young adults to slide down with their home-made, carboard sleds. And the mound served as a natural barrier for the speeding sled riders to avoid ending up in the cross traffic on the main street. At times, my young mind could not envisage the melting of the snow mound and ice from our street. The hurdles standing between spring and winter seemed overwhelming.

That’s why the arrival of spring was even more spectacular.

The melt would start inconspicuously in the meek sunshine of late winter and would give me belief that change was actually possible. By the middle of March, the once-imperious snow mound would be reduced to a pile of muddy snow and with that transformation, a new meaning would be on the horizon. The arrival of spring coincided with the Persian New Year which gave the kids and young adults a couple of weeks off from the heavy burden of school. It also signaled the arrival of ice cream in neighborhood grocery stores, a treat that had been in hiding for the duration of the entire cold season. For my family, this was not as much a time to celebrate the holidays native to the land, but an opportunity to re-unite with with members of our extended family. Spring also meant one more hurdle had been conquered on the way to end of school year; the light at the end of the tunnel was now shining ever brighter.

By the time I returned from the spring break, what was visible through the window frame in my classroom had gone through a drastic transformation. I had left behind a foggy picture of the tree carrying the heavy snowfall on its aching branches, and what I encountered on my return was a vibrant tree with dark green colored leaves, swaying to the tune of a crisp spring. Once the teacher was busy scribbling on the blackboard, I would seize my chance to turn around and view what I could only describe as mesmerizing at the time. From there, it was a short hop to Easter, which like Christmas was short in duration but high in spirit. If I could only survive the year-end exams, I could embrace the warmth of summer again.

This was a time when every season carried a unique message with its unique hues and aromas. Colors, moods, temperature and precipitation worked hand-in-hand to tell a story to our senses. While the seasons seemed everchanging and transformative, life as I knew it, seemed everlasting, permanent. Change was more rhythmic than chaotic within a stable framework and created a fine balance between predictability and change.

Years later, a change in geography altered all that. In my new environment, the changes in seasons were more of a nuance. Gone were the snowy mound and the homemade carboard sleds of my neighborhood. The drastic contrast of seasonal color in the windows had disappeared. Yet, there was still some rhythm to the changing nuances and I could still recognize the seasons. The very hot and hot seasons were summer and spring respectively, while the rainy warm and the rainy cold seasons were supposed to be fall and winter. In the meantime, the holiday vacations got longer but the spirit of tradition and large family gatherings faded away. I did not want to take the present for granted, however, as I had done with the walk on the snow-covered field in my hometown. I could be excused for my lack of hindsight and sentimentality at young age, but I was older now, and appreciation of the simple pleasures of life was a must. I tried to find meaning in the barely changing seasons and learned to appreciate the green leaves of the tree across from my balcony. She was not as good of a chameleon as the one visible from my fourth-grade classroom window, but it also swayed gently to the tune of the season.

Just as I had become content with the predictability of the seasonal nuances and the balance in nature, chaos started to slowly creep into the environment. There was a time when the occasional unpredictability in the weather felt welcome. We’d always had the ‘Mad March,’ the ‘Indian Summer’ and the occasional warm rain in the summer. They were all oddities what we expected but weather patterns started to change unexpectedly. But the heat started to drag on to winter, rain showed up unannounced in the middle of summer and I was told, the snow mound no longer had a chance to build up in my old neighborhood.

And as I sat there on my balcony in that early spring morning with my coffee and cream, the leaves of the familiar tree brushed against one another. The crisp wind was the perfect compliment to my hot cup of coffee. They competed with one another for my attention; I was not playing favorites. I pulled the coffee mug into my hands to balance the coolness of the spring breeze. The adolescent cloud was sitting there in the baby blue roof of the world, doing nothing. But the novel fragility in weather patterns I had experienced in recent years gave me room for thought.

“Will there come a time when nature will lose its balance and people will yearn for such simple pleasures? Will we miss the quiet balance of a brisk, spring morning; the early walk in the unadulterated snow or the hike in the mountains?”

I never thought that day would arrive so soon and in this manner.

“We Are Bearing the Arrogance of US Officials,” Physician Dr. Antony Hsu’s View from Michigan