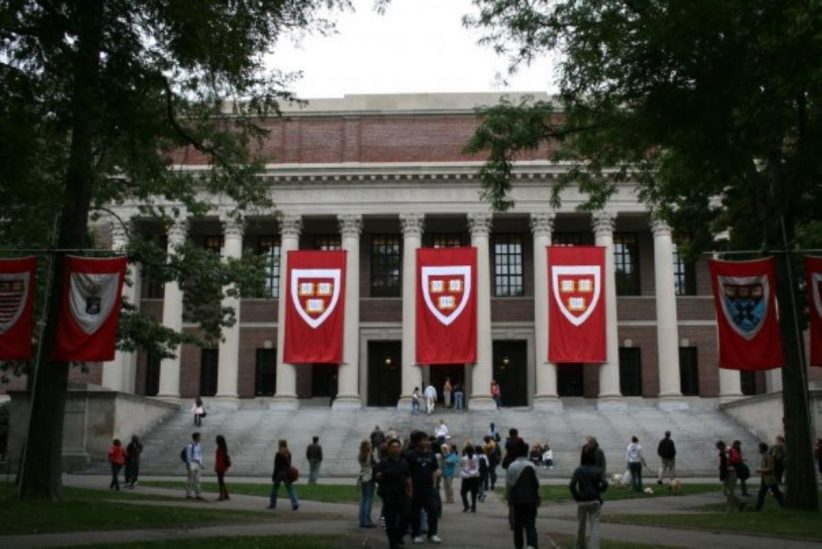 We are the members of the Harvard Club of Armenia actively involved in all aspects of life in the Republic of Armenia, in a wider Harvard alumni community, as well as internationally.

With this letter we want to bring to the attention of the Harvard community the recent war of Azerbaijan against the Armenians of the Nagorno Karabakh Republic.

On 27 September, Armenians in Artsakh / Nagorno Karabagh, woke up to a large-scale military aggression launched by Azerbaijan. Azerbaijan did not join the UN SG Guterres 2020 March call for global cease-fire in light of Covid-19 and subsequently, the UN resolution adopted in June. Instead it launched a relatively small-scale military attack on Tavush, a North-Eastern region of Armenia in July that was neutralized by Armenian defense forces within a week. However, the current military aggression is full-fledged and long-planned.

Since Azerbaijan started exploiting oil and gas pipelines in mid-2000s, it started investing significant percentage of their profits in armed forces, aiming to strengthen them and achieve military solution of Nagorno Karabagh conflict. Along with frequent violations of cease-fire, it intensified militaristic maximalist propaganda, achieving the level of violent hate speech against Armenians.

Turkey has been providing political support to Azerbaijan based on the slogan “one nation in two states”, promoted officially by the leadership of both countries. This time Turkey is providing direct military support to Azerbaijan – there is evidence of Turkish-owned F-16 fighter planes, Turkish military in Azerbaijan, as well as thousands of jihadist terrorist mercenaries recruited by Turkey from Syria and trapped in Azerbaijan with promise of financial awards.

Azerbaijan is using Israeli drones, Belarussian and Russian ballistic missiles, cluster munitions and other heavy artillery, many prohibited in line with international humanitarian and customary law since they indiscriminately attack civilian population and infrastructure and cause human suffering. There are already dozens of casualties and hundreds of wounded amongst civilians, several hundred killed and much more wounded military. Civilian areas, Stepanakert – the capital of Artsakh, many towns and other residential areas have been under constant bombardment. Women, children and elderly are in bombshells, kindergartens, schools and churches are shelled. And it is not only Artsakh – Armenian region Vardenis has been under fire since last week, and drones were destroyed by Armenian Air Defense not far from Yerevan, Armenian capital.

The population of Artsakh is 140,000 and that of Armenia – 2.9mln, while the population of Azerbaijan is 10mln and that of Turkey – 83 mln supported by thousands of jihadists. Therefore, it did not make sense for Armenians to start this war as the Turkish-Azeri propaganda states. Neither the continuation of hostilities is in the interests of Armenians in Artsakh. However, Aliyev regime keeps adding new conditions to the calls of ceasefire coming from all corners of the world, most importantly OSCE Minsk group co-chair countries (France, Russia and US) and their presidents.

Artsakh that has been historically Armenian, was given to the Soviet Azerbaijan by Stalin and has declared independence still in 1988 entitled for it in line with both Soviet Constitution and international law. It has established its government and parliament through democratic elections but has since been under permanent existential threat.

Turkish-Azerbaijani aggression have become possible inter alia due to wrongful legal and historical narrative promoted by Azerbaijan and largely adopted by many stakeholders, including some countries and international organizations, directly or indirectly benefiting or being influenced by Azerbaijani oil-fueled propaganda and direct bribing.

It is therefore time for us to rethink this approach and make a recourse to the jus cogens principles of public international law, such as self-determination, prohibition of use of force, etc. The people of Artsakh, currently fighting at the frontline of international terrorism, have earned their right to determine their political, economic and legal system, their faith and the faith of future generations by blood. It is now time to recognize this right and thereby stop future violence and yet another humanitarian disaster.

We call on all our colleagues, faculty, alumni, current students and all other member of Harvard community to demonstrate leadership, actively break the wall of ignorance and silence.  We call the entire Harvard community to take strong stand against Turkey’s deployment of international terrorism, grave human rights violations and Turkey’s military expansionism.  International community shall join our call and force immediate removal of Jihadist Militants from Azerbaijan.

We ask the entire world to follow suit with Government of Canada and Condemn and Stop supply of military equipment and weapons to Turkey and Azerbaijan.

Armenia and the International Community are currently doing everything possible to protect civilians in Artsakh and provide aid for relief from consequences of humanitarian disaster.  Anyone who wants to contribute to international relief efforts please visit All Armenia Fund at www.himnadram.org