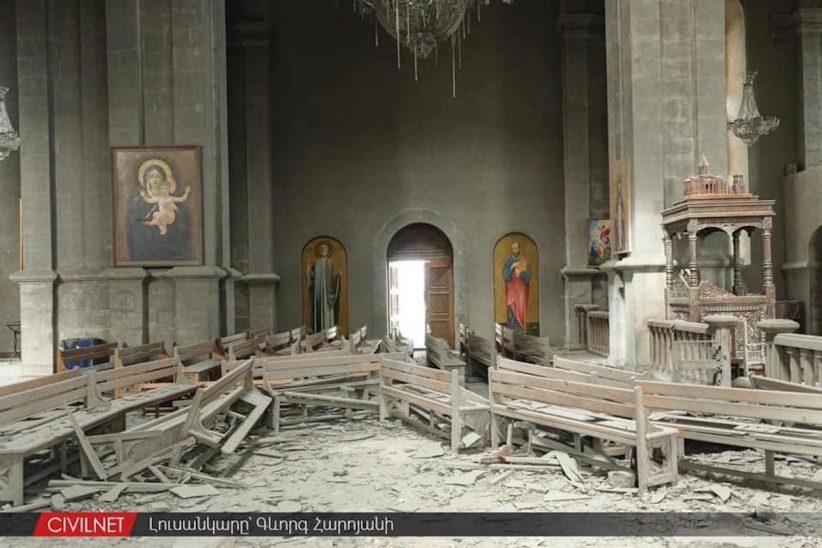 Two Azerbaijani missile strikes targeting the St. Ghazanchetsots Cathedral in the town of Shushi in Karabakh damaged the church and injured several reporters inside.

One reporter, in critical condition, has been hospitalized.

Minutes after the strike, the CIVILNET team in Karabakh visited the site and saw a section of the roof had collapsed, and rubble was strewn on the floor.

This latest fighting between Armenians and Azerbaijanis began on September 27, following a large-scale Azerbaijani artillery attack on Karabakh. International mediators continue to call for a ceasefire.

Karabakh Ceasefire Talks to Begin on October 8 in Geneva