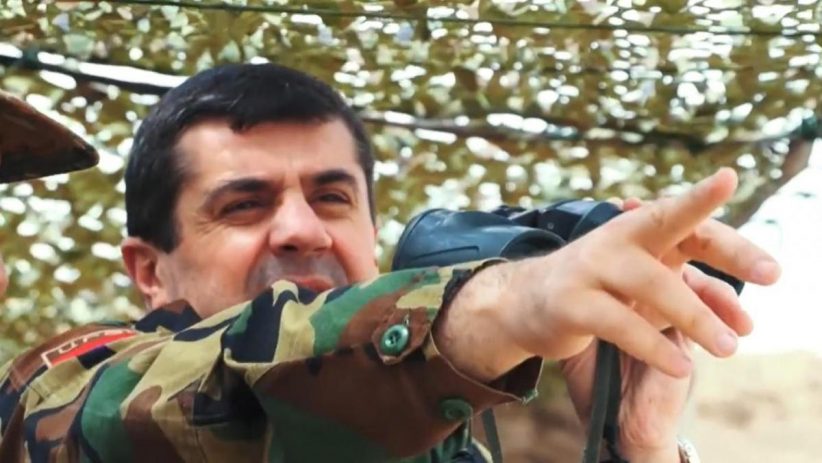 The following is a translation of a statement by Karabakh President Arayik Harutyunyan.

“I call for the formation of an international anti-terrorism coalition.

“Today, Artsakh and Armenia have found themselves literally at the forefront of the fight against international terrorism. However, in our case, the difference is that the enemy threatening the existence of global civilization, is threatening our country. That same enemy is concealed behind the flag of an existing UN member state, as part of the army of this state and often in place of that regular army. In the modern world, when it is impossible to hide anything from anyone, everyone has seen and documented the infiltration of the international terrorist network of jihadists into Azerbaijan. It is no longer a secret for anyone in the world that the target of this monstrous terrorist network is the peaceful population of Artsakh and Armenia, our cities and villages, our right to live freely and control our own destiny.

Today Turkey, which consistently feeds and manages this network, with the consent of opportunistic authorities of official Baku, uses Azerbaijan as a tool to create a new base of international terrorism in the South Caucasus. I am certain that every responsible participant of global politics, be it a state or an international organization, clearly understands the dangerous consequences of such developments. We still remember the result of the jihadist quest to create a state-like entity in Iraq and Syria. All countries of the world have a task at hand – they must prevent Turkey’s plans to turn Azerbaijan into a den of terrorism in the South Caucasus.

Armenia and Artsakh are at the forefront of this battle because we have accepted this challenge thrust on us with dignity. And we are going to fight until the final victory. However, this is not only Karabakh’s and Armenia’s problem.

As the President of a state fighting for its independence, I call on the civilized world to take an active part in the fight against terrorism. The creation of an effective international anti-terrorism coalition is an imperative.

I am sure that the victory will be ours!”

Baroness Cox: What is Happening in Artsakh is Unacceptable