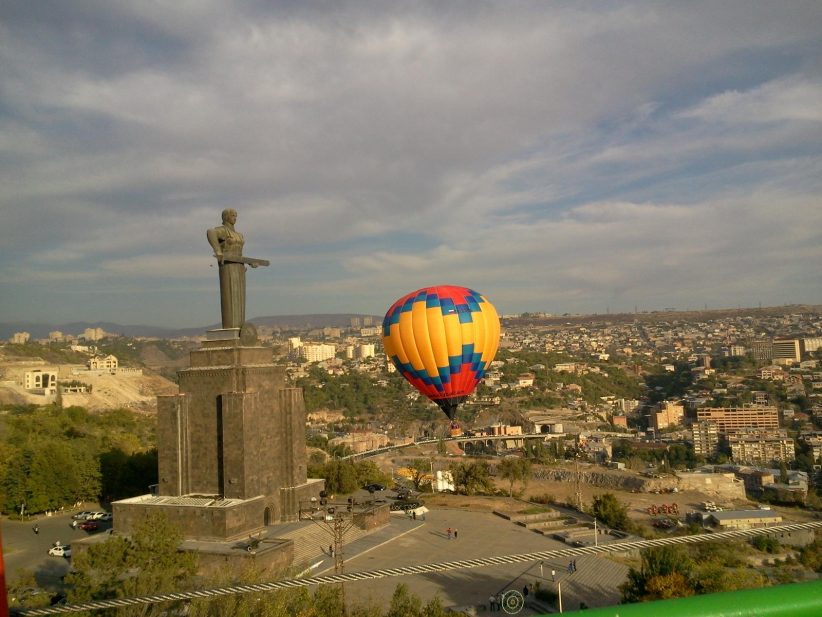 “Armenia 3.0. Understanding 20th Century Armenia”: this is the title of a book that is based on nine video lectures delivered by the Director of Eurasia Partnership Foundation (EPF), writer Gevorg Ter-Gabrielyan between December 2016 and March 2017. The book’s main idea is the introduction of the “post-Soviet” variable into the calculations about Armenia’s reform and development. The April Revolution of 2018 can be explained as a huge step away from and a rebellion against that variable. One can say that, with this Revolution, Armenia made a significant step towards ceasing to be a post-Soviet society. However, these “post-Soviet” diseases may come back. The virus may lay dormant for a while and then spring back to strike again. We have seen this pattern before in our society. Therefore, these chapters remain relevant, and we hope they will be worthwhile the attention of our readers.

From Chapter 2. Uprooting and Rooting

In the first chapter, which discussed the Soviet times during the 20th century, I said that ‘there were good things and bad things there.’ That is a very simplistic categorization, which I usually try to avoid because it is stereotyping. Everything that happened then is interwoven. But I am going to use this approach and draw a picture, gradually giving a certain vision of the sociology of 20th-century Armenia, or rather its social theory. What should the major keywords be, around which we should try to understand this 20th-century history? An important one was mentioned in the previous chapter: donos, which is Russian for ‘fabricated allegations.’ Another one is ‘street authorities.’ This is all very much interconnected. Now I am starting to draw this picture which is my own mythology, although I think that you all here will agree with it. It is quite a well-known picture, at least in scientific circles in Russia and other post-Soviet states, or among the scholars who study the Soviet Union and its aftermath. 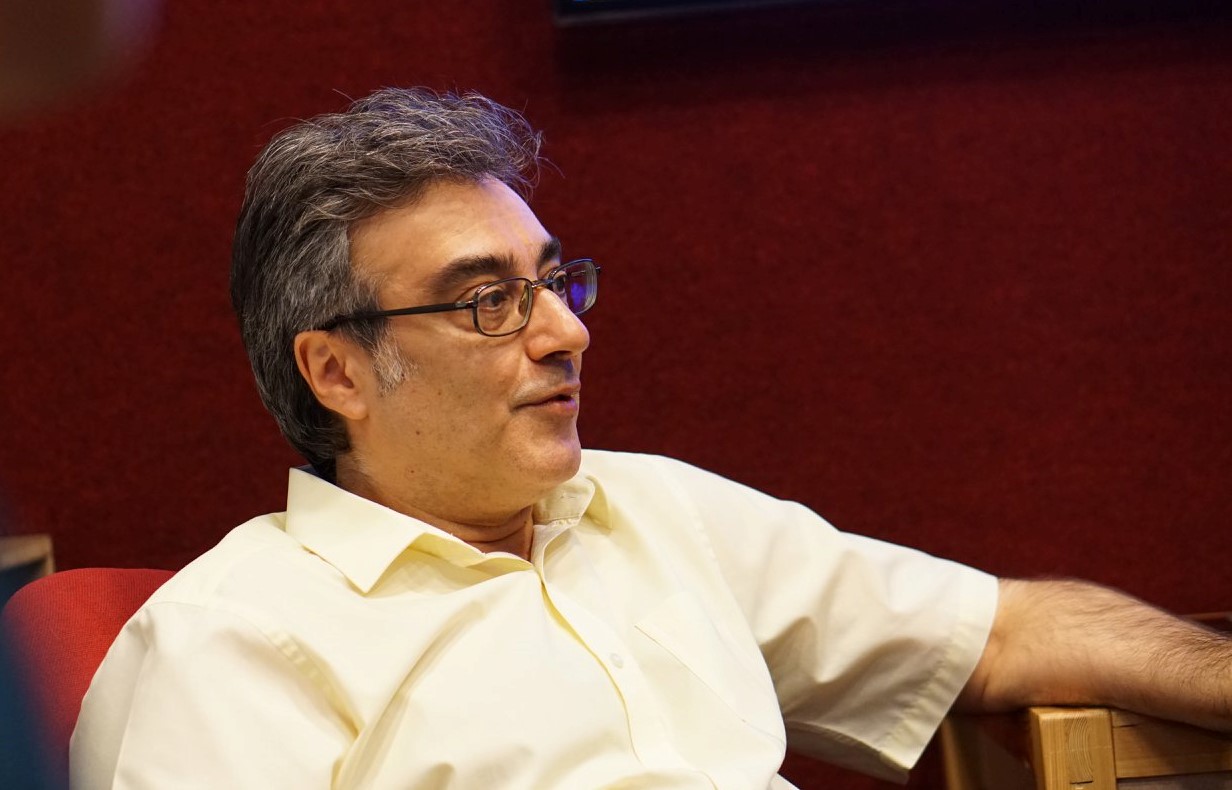 We start from the Genocide. A certain version of recent Armenian history starts at this point; it marks a ‘rebirth.’ What is important in the context of our topic is that many people escaped from Western Armenia, from the places where they were subjected to Genocide, and came to Eastern Armenia. There are various figures so it’s difficult for me to give an exact number, but one of the largest figures I have heard is 700,000 people, with 300,000 orphans among them.

Other important events also took place during this period. First, Armenia achieved statehood in 1918 and then was Sovietized in 1920. One can’t label these events as purely ‘good’ or purely ‘bad,’ but the Genocide and the First Republic show two different dynamics, which were taking place simultaneously at this moment of survival.

The film Myasnikyan is a very interesting film, though very much within the Soviet discourse. It was made in 1976. It demonstrates what I am trying to say. The main feature, sociologically speaking, at the beginning of the Soviet period was an atomized society: orphans, people who have suffered huge psychological stress, ‘post-traumatic stress disorder (PTSD).’ This feature can also be characterized as uprooting.

People who had been uprooted came to Armenia. They started their lives anew. But when you are talking about Sovietization, of course, the characteristic term is the opposite: it is rooting (коренизация). Among other things, whether or not we are grateful to the Russian or Bolshevik power, Sovietization also meant building the society, the community, the ‘pseudo-state,’ the republic from whatever we could. We are now continuing the work started by the Second Republic. The Bolshevik leaders committed some horrid acts against their Dashnak counterparts, who relinquished power. Later, they wrote donoses, rooting the culture of purges. But they were also building, building, and building. If this post-Genocide stream of refugees is the uprooted people who arrived here, the Soviet power and construction that followed was a tendency to root people, both those who were here beforehand and those who arrived anew, to this territory.

Quite soon after that, in the mid-1920s, we witnessed the arrival of Stalinism. This is a very unclear term because we don’t know when Stalinism actually arrived. It arrived gradually. But the Bolshevik power was not, of course, ‘nice’ even before Stalinism. Violence and the expectation of disastrous rule were present since 1917, when the October Revolution took place, and even earlier, during war, displacement, uprooting, and Genocide. This power was always bad, whether Tzarist, ‘Temporary Government,’ or Bolshevik, but its horror somehow crystallized during the Stalinist times. From 1925-26, it started to become a very inhumane system.

We also had some seemingly good news, which also eventually acquired a tragic edge in some cases: repatriation. We have had several waves of repatriation. Very early in the 1920s, people like Tamanyan, Avetik Isahakyan, Martiros Saryan and Spendiarov arrived. It started immediately after independence, still during the Dashnaktsutyun rule. The Soviet power continued this policy. They called for intelligentsia and specialists to come to the newly established Soviet Armenian Republic.

Afterwards, we had the next large wave of repatriation. In 1944, with the Second World War still raging, preparation for repatriation and its propaganda had already started among the Armenian communities. This wave continued until at least 1949. A significant portion of people who came during that time were then exiled to Siberia. Tigran Paskevichyan created a series of films and a website on the destiny of these repatriates.

Stalin wanted to start a war in Turkey because he was winning World War II against Nazi Germany, and he assumed that he would be able to reabsorb the old Armenian territories in Turkey, Kars, Ardahan, Artvin, and the ‘six vilayets,’ and perhaps more, and then he would need to repopulate these territories. That’s why they started to prepare the repatriation of Armenians. Of course, propagandizing the Soviet Union in the countries where Armenian communities resided was another reason for conducting this campaign. It was important to demonstrate that the Soviet Union is a place where people want to come and live.

Stalin’s plan didn’t materialize because the Allied leaders, Roosevelt and Churchill, probably told him ‘No, you are not going to do that.’ Eventually Stalin didn’t attack Turkey.

However, since preparations had already been made, the repatriates started to arrive. They had a very mythologized understanding of where they were coming to. During the next stage, many of them were soon sent to Siberia.

They were bringing a different culture with them that deviated from the Stalinist culture, which had been established in Soviet Armenia. They were freer, they had relatives abroad, and they would complain in letters to the relatives, as well as loudly in public, that the propaganda which brought them to the USSR was a lie.

Deportations to Siberia in the 1940s continued the trend of the purges that happened in the 1920-30s, the extra-judicial killings which took away such big names as Yeghishe Charents, Aksel Bakunts, Vahan Totovents, and others. An immense number of Armenians took part in the Second World War and were killed or maimed. Despite all this, the repatriation waves still represented a part of the rooting process. Armenians from all over the world were coming here, starting to participate in life here and trying to rebuild a societal fabric in their own homeland.

Of course, Stalinism and the Gulag are inseparable, and those of you who haven’t read The Gulag Archipelago by Alexander Solzhenitsyn, that’s the first thing, probably, to read about the Soviet Union. Because then you will understand that this rhizome, or ‘archipelago,’ as a slavery economy, as a ‘second economy’ or ‘black economy,’ was the reason for the existence of the Soviet Union.

The real Soviet Union, behind the façade, was based on the work of slaves who were persecuted and were working in the camps—not only in Siberia but all over the Soviet Union. If you go to this or that prison here in Armenia, if it was constructed by the Soviets, you can be certain that it used to be a part of the Gulag system. The camps are dismantled but the prisons are not, obviously. In them, the Gulag and blatnoy culture are still alive and well.

So first, we had an ‘archipelago,’ and now we have a ‘rhizome’ and we want to instead establish a ‘network.’

The Gulag was a very important element in Soviet Armenian history. The good news, however, was what we call in Armenian kaghakashinutyun: the process of city and town building, the process of construction. All over Armenia, roads, bridges, towns, cities, buildings, and factories were built. Despite all these negative and tragic influences, a lot was constructed, of varying quality. It’s also a matter of taste. People who are inclined to nostalgia for the Soviet Union refer to this construction only in positive terms. Indeed, a lot was constructed: Tamanyan’s Yerevan, Mark Grigoryan’s Yerevan as its next stage. Some of the buildings of the 1970s are considered great developments and get prizes in architectural contests for their design. Many of these buildings are very often in a dilapidated condition now in Armenia, many others have been destroyed after independence. But let me come back to where I was. The ’square culture,’ construction started, kaghakashinutyun started, city construction started. Tamanyan brought in the square culture, the culture of open spaces for (supposedly) free citizens of the Socialist republic: the Opera Square, which is Freedom Square today; Lenin Square, which is today’s Republic Square, the main square in Yerevan. Many cities were designed with public squares. What is a square? It is public. It is publicly rooted. It is a forum and a tribune. It provides opportunities to gather there and discuss things. In recent years, among the people who are working on these issues, among sociologists and architects, several very interesting small-scale broadcasts or studies have been made on the role of public spaces (including parks) for constituting the new independent Armenian nation. Society discusses their removal, the struggle to keep them, how they have changed, and their modern-day functions.

Let’s imagine Armenia after the Genocide: a mountain packed with uprooted people, refugees and orphans. Then let’s imagine Armenia in the 1950s: cities and industries. Of course, the mountains were still there, but cities and public spaces multiplied. Although it was still prohibited to have public movements. We are still talking about Stalinist and post-Stalinist times. The public movement doesn’t boil over until 1965, and this is a crucial year for modern Armenian history. (…)

The full book in PDF is available here.

Armenia to Have Positive Growth, Despite Pandemic, Report Suggests