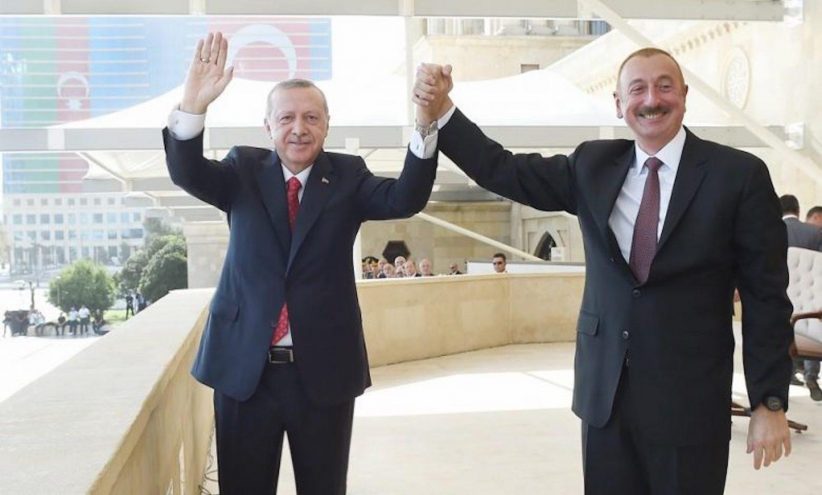 Azerbaijani President Ilham Aliyev has dismissed international calls for dialogue as meaningless; he added that previously held peace talks regarding the Nagorno-Karabakh conflict did not yield any results.

Azerbaijani media reported on September 30 that President Aliyev had visited wounded servicemen being treated in a hospital in the capital of Baku.

He stated that the Azerbaijani government had been assured by certain parties that the issue would be resolved at the negotiations table.

Aliyev went on to say that, “The people of Azerbaijan will not accept the occupation. I said that in the case of the failure of talks, Azerbaijan has the right to resolve the issue by military means.”

The Azerbaijani leader added that the fighting in Nagorno-Karabakh will stop when Armenian troops withdraw from Karabakh.

ALSO READ: For the Armenians of Karabakh, it is a matter of life and death