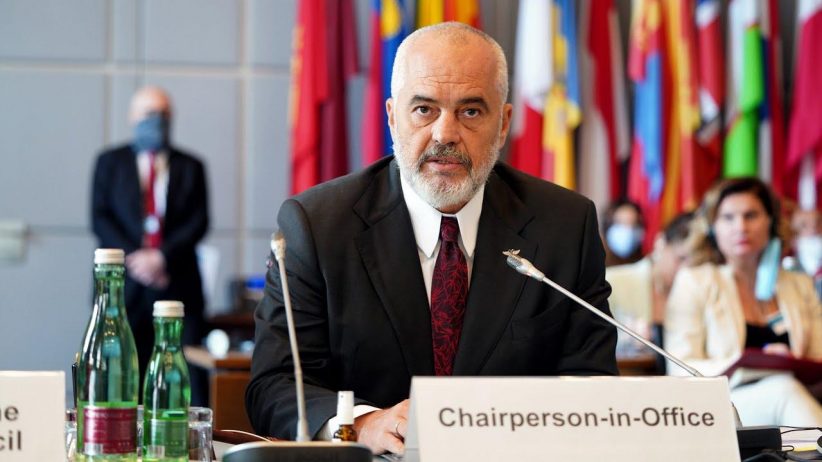 OSCE Chairperson-in-Office calls for return to ceasefire around Nagorno-Karabakh and resumption of substantive negotiations.

VIENNA/TIRANA, 27 September 2020 – Noting the dramatic increase in violence along the line of contact today and reports of civilian casualties, OSCE Chairperson-in-Office, Albania’s Prime Minister and Minister for Europe and Foreign Affairs, Edi Rama, called for urgent de-escalation of the situation.  “I urge all involved to immediately return to the ceasefire before the human toll of this conflict increases any further,” Rama said.

Rama noted that the Co-Chairs of the OSCE Minsk Group and the Personal Representative of the Chairperson-in-Office, Ambassador Andrzej Kasprzyk, have been in close contact with the sides.  Rama fully supports their efforts to stabilize the situation on the ground and reiterated that there is no alternative to a peaceful negotiated solution of the conflict.  He underscored his support for the Co-Chairs’ efforts to resume substantive negotiations without preconditions, as soon as possible.

The Chairperson-in-Office also offered his condolences to the families of those who lost their lives in this latest round of violence.