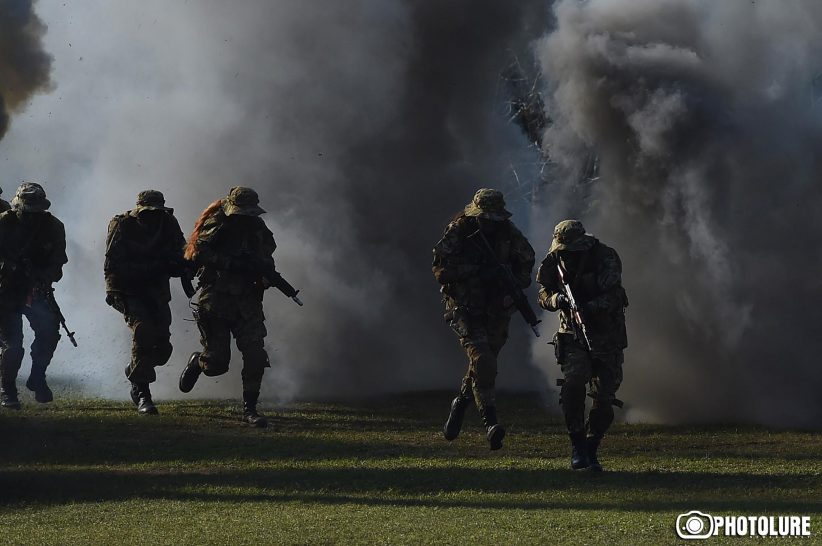 Following an offensive along the full Line of Contact of the Republic of Artsakh launched by the state of Azerbaijan yesterday, fighting has been nonstop. With casualties and injuries confirmed on both sides, 58 confirmed by the Armenian side thus far, an end is nowhere yet in sight.

The first to react from the international community was Turkish President Recep Tayyip Erdogan’s spokesperson Ibrahim Kalin, taking his announcement to Twitter, accusing Armenia of the attack, and expressing Turkey’s full support to Azerbaijan.

Here are some political organizations and faces who have so far released statements in regards to the Nagorno-Karabakh conflict:

International Organizations
United Nations (UN) Secretary-General (SG) Antonio Guterres expressed extreme concern, called for an immediate ceasefire, and put his trust in the Co-Chairs of the Organization for Security and Co-operation in Europe (OSCE) Minsk Group.

Secretary General’s Special Representative for the Caucasus and Central Asia of the North Atlantic Treaty Organization (NATO) James Appathurai said “there is no military solution to this conflict”, urged the continuation of peaceful negotiation and the cessation of military hostilities.

Organization for Security and Co-operation in Europe (OSCE) Chairperson-in-Office, Albania’s Prime Minister, Edi Rama, called for an immediate ceasefire of the Nagorno-Karabakh region, said there’s no alternative to resolve the conflict but peaceful negotiations.

The Co-Chairs of the Organization for Security and Co-operation in Europe (OSCE) Minsk Group (Igor Popov of the Russian Federation, Stephane Visconti of France, and Andrew Schofer of the United States of America) said, in a statement, that they condemn the use of force and call for an immediate ceasefire and resumption of peaceful negotiations.

The International Committee of the Red Cross (ICRC) regional director Martin Schüepp urged both sides to spare civilian lives and to abide by international humanitarian law.

Secretary-General of the Organisation Internationale de la Francophonie Louise Mushikiwabo tweeted in support of Armenia, and called for an immediate halt of clashes, urged peaceful negotiations.

Europe
European Union officials were fast to react, with Charles Michel, president of the European Council, tweeting in support of negotiations, “without preconditions, is the only way forward.”

The Council of Europe and the European Court of Human Rights accepted the request for interim measure from Armenia, and used the opportunity to remind Azerbaijani authorities to cease military attacks, stop indiscriminate attacks, and attacks on the civilian population of Armenia and Artsakh.

Secretary-General Marija Pejčinović-Burić of the Council of Europe has called for an immediate cessation of hostilities in a statement, saying “no efforts should be spared to stop the escalation”.

France
The French Ministry of Foreign affairs said, in a statement, that they are committed, with their Russian and American partners of the Organization for Security and Co-operation in Europe (OSCE) Minsk Group, to reach a peaceful resolution of the Nagorno-Karabakh conflict.

The Socialist Party of France, Parti Socialiste, denounced the aggression of Azerbaijan and called for the involvement of the United Nations Security Council.

Spain
Jon Iñarritu García, Member of the Congress of Deputies of Spain, expressed his solidarity to the people of Artsakh via Twitter, blamed Azerbaijan for the attacks, and called on the international community to “put pressure on Azerbaijan to promote the ceasefire and dialogue”.

Cyprus
Parliament Member of Cyprus and Head of the delegation of the House to the Parliamentary Assembly of the Council of Europe (PACE) Nicos Tornaritis has expressed his support to the people of Armenia in a tweet, asking his colleagues for additional support.

Member of the European Parliament for the Greek Solution Fragkos Emmanouil sent a letter to Joseph Borrell, the Vice-President of the European Commission, urging the EU to take a collective stance with Armenia against Azerbaijani aggression.

Eva Kaili, a Greek politician and a Member of the European Parliament, tweeted in favor of Armenia, urging the EU to initiate independent investigations into the Nagorno-Karabakh conflict.

Croatia
Croatian Member of the European Parliament and former Croatian Minister of Foreign Affairs Tonino Picula has tweeted and called out Azerbaijani actions, urged Minsk Group Co-Chairs to work with them.

Germany
German Foreign Minister Heiko Maas has called for both parties to cease all fighting, and resolve the Nagorno-Karabakh conflict through negotiations, with the help of the Co-Chairs of the Organization for Security and Co-operation in Europe (OSCE) Minsk Group.

Member of the European Parliament from Germany Martin Sonneborn tweeted against Azerbaijan, accused Aliyev of attempting to “eradicate the only democracy in the neighborhood.”

German politician and Member of the European Parliament Michael Gahler tweeted against Azerbaijani aggression, called for prevention of war.

Belgium
Member of the Belgian Chamber of Deputies Georges Dallemagne tweeted his support to the Armenian people.

Member of the Belgian Senate Karl Vanlouwe tweeted in support of Armenia, accusing of Turkey and Azerbaijan of “playing with human lives”.

Sweden
Swedish MP Björn Söder said, in a statement exclusively to Armenpress, “I think that Azerbaijan’s constant attacks should be strongly condemned by the whole world. It’s important to record that the military-political leadership bears the full responsibility of these terrible attacks. It’s very important to continue the negotiations directed to peace within the frames of the OSCE Minsk Group”.

United Kingdom
Former Member of the European Parliament for London Charles Tannock has tweeted against Azerbaijani aggression. “The international community must pressurize Baku to return to the negotiating table as this dispute can only be settled by dialogue”, he said.

The Vatican
Pope Francis has prayed for peace after his Sunday Angelus prayer, urged regional leaders to refrain from use of force and resort to peaceful negotiations.

Asia
Russia
On a phone call with Prime Minister Nikol Pashinyan, the president of the Russian Federation Vladimir Putin expressed serious concern over the regional conflict and urged efforts for de-escalation

Pakistan
The Ministry of Foreign Affairs of the Government of Pakistan released a statement blaming the Armenian forces of initiating shelling on the Nagorno-Karabakh border, expresses solidarity with the government of Azerbaijan.

Middle East
Iran
The Ministry of Foreign Affairs of the Islamic Republic of Iran called for an immediate cessation of hostilities and urged bilateral talks, said Minister Saeed Khatibzadeh during a press conference.

The Americas
United States of America
The United States Department of State strongly condemned the escalation of violence on the border in a statement.

The President of the United States of America, Donald J Trump, said, in response to a question during a press conference, “We are looking at it very strongly, we have a lot of good relationships in that area, we will see if we can stop it.”

United States Senator from New Jersey, Bob Menendez, condemned, in a tweet, the attacks of Azerbaijan and the support of Turkey, and called for the suspension of security aid of the US to Azerbaijan.

U.S. Representative for New Jersey’s 6th congressional district, Frank Pallone, condemned Turkish and Azeri aggression against Artsakh. “The Congressional Caucus on Armenian Issues has consistently urged assertive action from the Department of State to deescalate this dangerous situation and hold the aggressors – Azerbaijan and Turkey – accountable for their destabilizing actions”, said rep Pallone in his statement.

U.S. Representative for California’s 21st congressional district, TJ Cox, stood in solidarity with Armenian communities and called for the cessation of American military aid to Baku.

U.S. Representative for New Jersey’s 5th congressional district, Josh Gottheimer, condemned the Azerbaijani attacks on his Facebook page, stating they should be held accountable for their use of force, urged the US to intervene and prevent further escalation.

U.S. Representative for California’s 30th congressional district, Brad Sherman, condemned the actions of Baku and urged them to cease military offensives, called for the halting of US military aid to Azerbaijan.

It Is Now Very Important to Tune Down the War Rhetoric