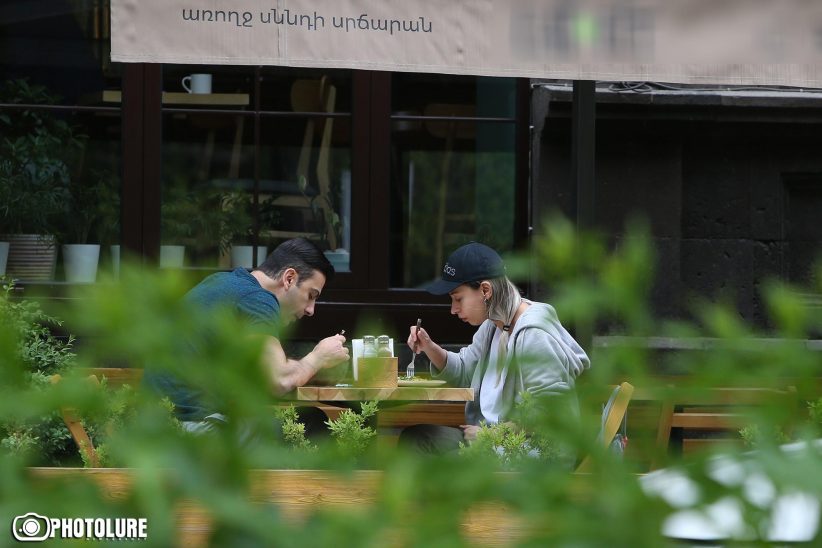 The global pandemic has thrown up rule-of-law challenges for Armenia’s post-revolutionary government.

Armenia’s experience of managing the COVID-19 pandemic offers some adverse lessons on the importance of properly designed rules, their implementation and the role of state institutions. Armenia’s case also provides insight into the importance of communication and engaging the public in a crisis – one which started in public health, but quickly affected the economy, society and politics.

In April 2018, Nikol Pashinyan, then an opposition MP, led a large coalition of disenchanted citizens in what became known as Armenia’s “Velvet Revolution” to oust the regime led by Robert Kocharyan and then Serzh Sargsyan. Since then, Prime Minister Pashinyan has crafted his governing style as a responsible and caring patriarch of the nation. He has taken a wide range of responsibilities on his own shoulders, including personal pandemic-related outreach to the Armenian public through social media livestreams. This style of governing may have been triggered by the new government’s sense of infallibility, bolstered by Pashinyan and his coalition’s popular election. However, this kind of governing could undermine the importance of relying on institutions in general terms, and the state’s ability to get through the pandemic-induced crises.

For the promises of Armenia’s 2018 revolution to become firmly rooted in the state and the society, a state based on the rule of law is of paramount importance for Armenia. It may be difficult, but it is a condition sine qua non for the country’s future development. This process cannot be interrupted or put on the backburner because of COVID-19. On the contrary, the pandemic is a litmus-test on how the rule of law is being built in Armenia.

Rule of law is about legal norms and their enforcement – they must be clear, predictable, reasonable, proportionate, and part of a coherent legal architecture. State sanctions and restrictions at times of crises need to be proportionate, reasoned and respect human rights. Most importantly, restrictions need to be enforceable and enforced in a responsible way, not through fear, or infantilising the public. Yet again, in a country going through legal and political transformation, setting up reasoned and proportionate rules as well as enforcing them is not only an important way to raise civic awareness, but also build public trust in state authorities and institutions. Furthermore, if the foreseen sanctions are not enforced, the state’s credibility could be undermined.

In Armenia, precisely because the prime minister has made himself highly visible, public expectations of him are extremely high. However, there have been several instances when the authorities relayed signals to the public that suggested they might not have fathomed the seriousness of the public health situation. Indeed, by the time COVID-19 became a major public health issue in Armenia in mid-March 2020, the establishment was still sending mixed signals – while schools were closed on 2 March, the PM continued organising mass gatherings in favour of the then planned referendum on the Constitutional Court.

Cutting legal corners might seem politically appropriate in the given moment, but from a long-term state-building perspective, it is detrimental for the state and its citizens

Other activities that undermined the government’s fight against the pandemic, at least at the beginning, included: the PM and the Minister of Health publicly making jokes about COVID-19 – the PM having been heard to say that “COVID-19 is a dog to be ignored” while it appears that the Minister of Health has said “another absurd panic is ranging… swine flu, bird flu, dinosaur flu…”; the infamous photos of a reception where attendees (including the PM) did not wear masks and ignored social distancing in Shushi (in the unrecognised Nagorno-Karabakh Republic) on 21 May when public gatherings were prohibited; the very late use of masks (June 2020) by members of the government during its weekly meetings; and the failure to self-isolate by the PM during the days after it was announced on 1 June that he and his family had tested positive for COVID-19.

Furthermore, there were sometimes distorted voices coming out of the government (mainly contradictory voices between the PM and the Minister of Health), which made the articulation and implementation of a single unified strategy more difficult. The perception of a lack of unity among the “managerial team of the country” is not conducive to consolidating institutions and creates fertile ground for conspiracy theories, which in turn undermines the public trust in state institutions (especially in the “fake news” era). Besides the need for unity, the crisis constituted a good opportunity to strengthen the role of the Ministries of Health, Economy, or Education among others as these bodies have an important role to play in the context of the pandemic.

Instead, one witnessed a swinging pendulum between harsh measures to relaxed ones (from the complete shutdown of the economy to very relaxed ones when the number of cases were increasing), constant alteration of public safety regulations, some lack of comprehensiveness of these regulations (i.e. congregation of more than five people was prohibited, whereas restaurants and cafés where more than five people could gather were open for business).

But the central issue of this crisis in Armenia has been the enforceability and the actual enforcement of the rules. Public health rules were established and it was announced that the police and the army will enforce them from 16 March. However, the comprehensive enforcement and supervision of implementation did not occur until sometime in June. One explanation for this could be that the authorities were afraid to lose popularity if they were to enforce strict rules, but the lukewarm implementation of public health policies could eventually stir the public and their opinion away from necessary trust in and reliability of the government.

The PM was probably concerned to lose as little political capital as possible through the way the crisis was being managed. Yet again, political capital can be retained when seemingly unpopular actions are undertaken based on clear strategic goals which are communicated comprehensively to the public. There are also higher chances for this capital to remain stable when decisions are discussed and made within a team which is not fully made up of like-minded people.

Cutting legal corners might seem politically appropriate in the given moment, but from a long-term state-building perspective, it is detrimental for the state and its citizens.

Governments come and go, but state institutions remain – it is primarily the role of those in power to strengthen those institutions, especially in a country where public trust is low and where the tendency to generate conspiracy theories is common. While this experience of handling the pandemic might have shown challenges, the authorities could also treat it as an important learning experience on institution building, policy formulation and implementation – whether during a crisis or in “normal times”. Finally, it should definitely be used as an opportunity for the authorities to strengthen their strategic vision on governance and state building.

The main challenge ahead for Armenia’s current government will be economic, which could trigger difficulties for the consolidation of the new political regime. In order to mitigate this risk, the authorities might wish to honestly analyse the lessons learned on the legal framework for COVID and how it was applied as well as enforced. If this analysis was discussed publicly, it could contribute to the strengthening of state institutions. States institutions will be central to crisis management in the coming months and years.

The article was published on Opendemocracy.net