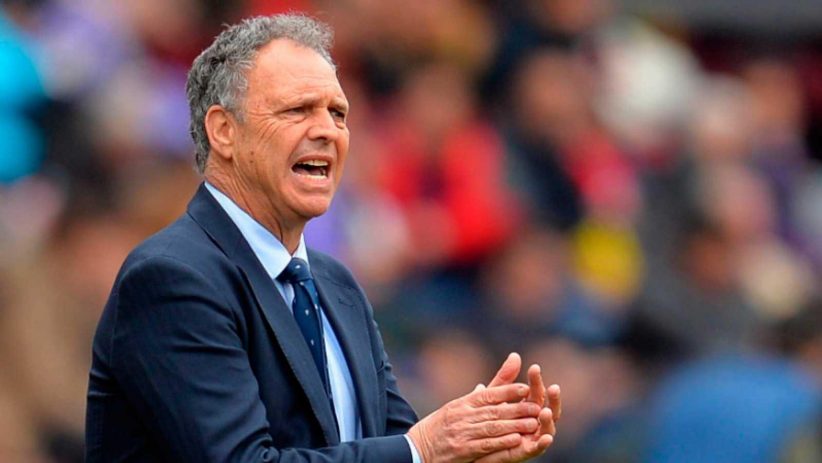 On March 10, the Football Federation of Armenia issued a statement announcing the appointment of Joaquín Caparrós as the head coach of the Armenian national football team. Caparrós, who previously managed numerous Spanish clubs, including Athletic Bilbao and Sevilla, is set to lead the Armenian national team through November 2021, the end date of the qualification process for the 2022 World Cup in Qatar. According to the Spanish press, Ginés Meléndez, the Armenian Football Federation’s technical director, is thought to have played a key role in recruiting a fellow Spaniard for the position.

Following the announcement, Armenian media groups have focused extensively on Caparrós’ having been diagnosed with chronic leukemia, which he revealed publicly last April. Chronic leukemia is a form of blood cancer that typically progresses slowly and does not always require immediate treatment. Though Russian football commentator Konstantin Genich has stated that Caparrós “would not have signed the contract…if doctors did not give him the go-ahead”, numerous other commentators have questioned Caparrós’ ability to lead the Armenian national team given his diagnosis.

Armenian football teams struggle with their overall economic viability. For instance, it has been estimated that in 2018-2019, the revenue received by Armenia’s major clubs covered only 15-20 percent of their expenses. In nearly all cases, the shortfall has been covered by entrepreneurs from Armenia and the Armenian community in Russia. Nevertheless, the mere fact that entrepreneurs knowingly invest in Armenian football teams at a loss speaks to the economic hardships faced by Armenian clubs.

CivilNet’s Tatul Hakobyan argues that the Armenian government can and should support the country’s football clubs in parallel with private investors by, for instance, allocating financial support to football teams in a separate line in the state budget.

Current Prime Minister Nikol Pashinyan made a comment last August that he envisages the Armenian national team winning a medal in either the European Championship or World Cup by 2050. However, Pashinyan’s administration has as yet made no proposals or efforts to establish state support for Armenian football clubs.

Obstacles to and Prospects for Repatriation: A Talk with Diaspora Commissioner Zareh Sinanyan