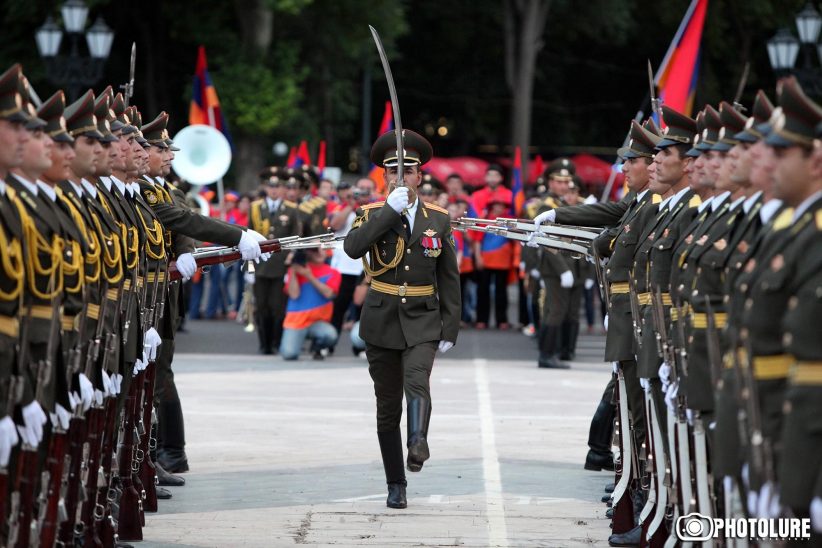 Two recently-published reports from international research centers put a spotlight on ongoing processes of militarization in Armenia and the broader South Caucasus region. Most recently, the Stockholm International Peace Research Institute (SIPRI) published its annual Trends in International Arms Transfers report, which shows that Armenia’s imports of weapons and ammunition in the period 2015-2019 increased by a dramatic 415 percent as compared with the previous five-year period, 2010-2014. In the past five years, Russia served as Armenia’s main arms supplier, providing Armenia with an extraordinary 94 percent of its arms.

The SIPRI report shows that Azerbaijan’s arms imports in the same period were more than three times greater than Armenia’s, a stark reminder of the significant asymmetries in spending capacities between the two countries. According to the report, Israel and Russia provided 60 and 31 percent, respectively, of Azerbaijan’s arms imports in the past five years. Interestingly, these figures were essentially flipped just ten years ago: in the period 2010-2014, Russia supplied Azerbaijan 69 percent of its arms, and Israel supplied 22 percent.

The report also notes that both Armenia and Azerbaijan began to work more actively to expand their military capabilities, particularly in missile technologies, following the April 2016 Nagorno-Karabakh clashes.

Several weeks earlier, the Bonn International Center for Conversion (BICC) published its annual Global Militarization Index, which compares countries’ military expenditures with their gross domestic products and levels of healthcare spending. The BICC report ranks Armenia as the third-most militarized country in the world and Azerbaijan tenth. Two of Armenia’s other neighbors, Iran and Turkey, also placed relatively highly, in the top 25. Meanwhile, Georgia was ranked 49 out of the more than 150 countries surveyed.

Since the collapse of the Soviet Union in the 1990s, the South Caucasus region has faced a set of protracted territorial conflicts, namely between Armenia and Azerbaijan in Nagorno-Karabakh and between Georgia and Russia in Abkhazia and South Ossetia. These conflicts continue to threaten stability and hinder development in the region.

Armenian National Football Team Gets New Head Coach, Amid Doubts on His Fitness