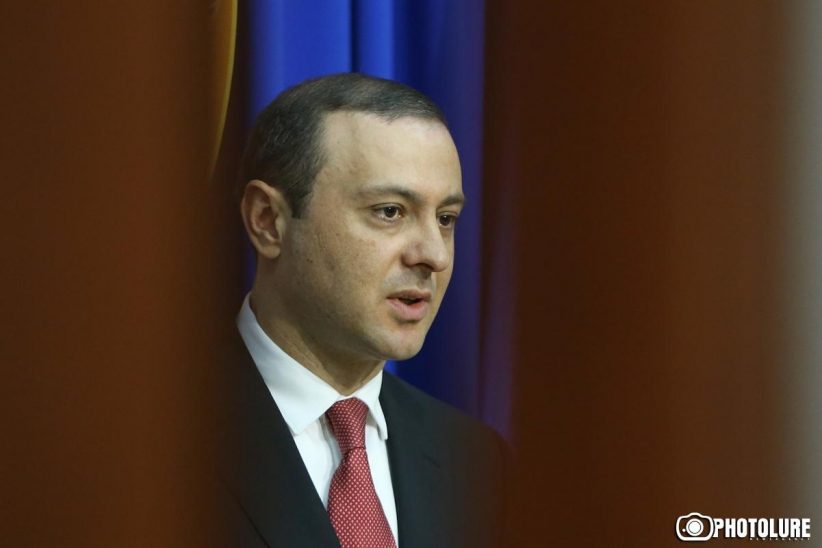 For the last 25 years, political discourse in Armenia considered whether wider democratization and economic development would be possible if the Artsakh conflict remained unresolved. This question has played a key role in the positioning of political parties and figures on either side of the discourse.

For a long time, Armenian politicians argued that a revolution was not possible for two reasons: the unresolved Artsakh issue would be a hindrance, and international actors would not allow such a development. However, our experience has shown that, when the Armenian people decide to take to the streets in protest, they are successful in asserting their democratic will. This principle applies to the victory in the Artsakh War, the success of the Velvet Revolution, and to economic development as well.

A similar argument was made with regard to the democratization in Armenia. The reasoning was that the conflict would hinder prospects for democratization. Democracy was deemed impossible until the conflict would be resolved. However, after the revolution, elections were held in 2018 that met the democratic standards of the international community. That progress, through additional democratic reforms, was reflected in Armenia’s marked improvements among the 30 countries surveyed by the Freedom House “Nations in Transit 2020” report, where it scored the highest rate of democratization in the history of the report.

Even back in the 18th century, Adam Smith, the father of political economy, noted that the main source of wealth creation for nations was having institutions of governance that encouraged human behavior in the economic sphere. Smith’s ideas have been expanded upon by our compatriot, Daron Acemoglu, who illustrated the decisive role of institutions in economic development. Even sections of the same city, with the same geography, could produce radically different development outcomes if they are subject to different regulations or institutions. It has become clear that, as a rule, institutions promoting integrity have pushed states forward.

A comparative analysis between developed and developing countries also shows that, as an independent variable, institutions have a greater impact on economic development than geographical location, trade turnover or the level of integration. By and large, the main drivers of progress in the West have been state institutions that serve as a basis for sustainable development.

The experience of the last 30 years of Armenia’s economic development shows that successful institutional reforms have had clear results. In the 1990s, Armenia was one of the first countries in the post-Soviet space to initiate institutional changes, which, even while at war, allowed the country to halt the economic decline in 1992 and return to economic growth.

Even after the Velvet Revolution of 2018, there were fears that uncertainty would have negative economic effects. However, as a result of ensuing reforms, not only did Armenia avoid an economic decline, it registered a respectable 5.2% growth rate. The fight against corruption, the dismantling of monopolies, and the elimination of other barriers empowered the private sector to respond quickly to the needs of the market and ensure development. This growth only accelerated in 2019, when Armenia posted 7.6% growth, the highest in the South Caucasus region, demonstrating that Armenia’s economic problems had been institutional in nature. Even in January and February 2020, the economic growth was 9.2% 9.1%, respectively. Were it not for the coronavirus pandemic, double-digit economic growth had been within reach.

Of course, the Artsakh conflict has an impact on political and economic processes. However, it should be noted that, while states in conflict bear the burden of war, they also have additional incentive to create a more resilient state. In order to strengthen military capacity, it is necessary to create a strong management system and establish order.

The settlement of the conflict does not depend on Armenia’s desires alone. The willingness of Azerbaijan to negotiate in good faith and the positioning of the international community play integral roles. The theoretical linkage between development and democratization on the one hand with an Artsakh settlement on the other creates a dependence on foreign entities that carry potential threats to Armenia’s national security.

Throughout history, wars have played important roles in the state formation process. Charles Tilly’s well-known theory “War made the state, and the state made war” mirrors Armenia’s early days of independence and outlines its developmental trajectory.

It is now clear that the main impediments to Armenia’s economic development and further democratization were institutional in nature. Any other line of thinking deviates from the development agenda and creates excuses for justifying theft and corruption. It is possible to continuously develop the economy if there is fair competition and opportunity that enables new ideas and innovative solutions to prevail.

The false choice between security and development has been shattered. Armenia can ensure its security, and meanwhile develop its economy and strengthen its democratic institutions. Doing so requires the will of our people, as well as institutional opportunities and reforms.

Figure 2. Map indicating the military battles that have taken place over the last 4000 years. (Source: The Telegraph)

Ahead of Neighbors: Armenia Ranks Best in the Region in Social Progress Index – 2020