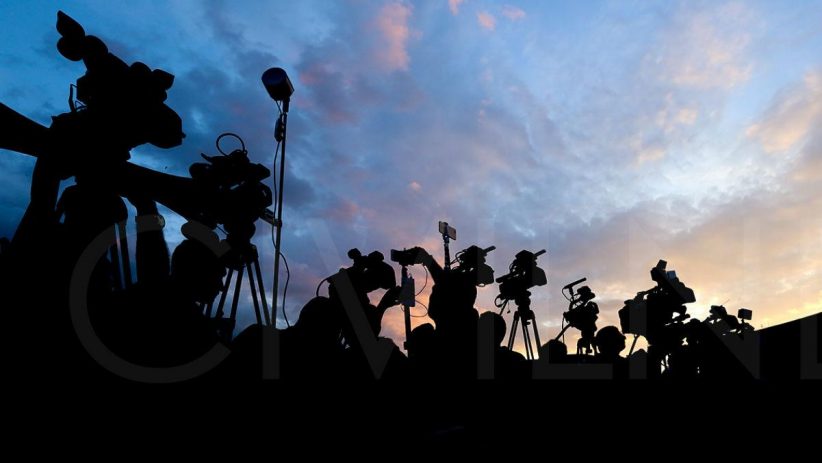 Armenia’s 2018 Velvet Revolution brought about drastic changes not just to the country’s politics, but also to its media landscape. These developments, however, have not been uniformly positive. As in many countries across the world, in recent years Armenia has seen dramatic media polarization and a surge in fake news and hate speech, both on traditional media outlets and on social networks.

Those connected with the Republican Party, which dominated the country’s politics before the Velvet Revolution but now has no formal representation in government, have been quick to use the press to continue criticizing current Prime Minister Nikol Pashinyan’s administration. Many of Armenia’s most prominent media groups are owned by, funded by, or connected with the former authorities, and their coverage of the current government is frequently biased.

Postrevolutionary Armenia has also seen dramatic growth in social media usage. Since the Velvet Revolution, the politicization of Armenia’s social media has grown to such an extent that much of the country’s political discourse now takes place on social networks, particularly Facebook. As in the traditional press, opponents of the current government have increasingly taken to social media to publish inaccurate information about Pashinyan and his administration.

In a recent prominent case, Armenia’s National Security Service (NSS) detained a man who wrote a Facebook post under a false name claiming that Pashinyan congratulated U.S. President Donald Trump following a U.S. drone strike that killed high-profile Iranian general Qasem Soleimani. The NSS has justified the man’s detention by claiming that the post harmed Armenia’s national security interests and was “aimed at inciting national, racial, or religious hostility”. The suspect himself has stated that his decision to spread disinformation on the current administration is connected with his support for former President Robert Kocharyan.

The postrevolutionary government’s struggle to rein in fake news can be traced back to several factors. Aside from the issues inherent in media polarization and the ownership of media groups by politically-motivated actors, the Armenian government is also grappling with an inadequate legislative framework regulating the press and ambiguity in the definition of fake news itself. For instance, under Armenian law, spreading disinformation or committing slander is not illegal, and hate speech is not considered a crime in and of itself, but rather an aggravating factor in other crimes.

Then there is the contentious issue of precisely defining fake news and acknowledging that efforts to combat fake news and hate speech may threaten freedom of speech, which is a constitutionally-guaranteed right in Armenia. As some politicians, both from the ruling My Step alliance and the opposition, have pointed out, the line between the right to freedom of speech and disseminating disinformation can be very fine, raising concerns that any legislation regulating fake news could be used by the government to exert political pressure.

Nonetheless, Armenia’s current administration is currently considering several solutions to the country’s growing disinformation problem. In December 2019, independent lawmaker Arman Babajanyan authored the country’s first legislative initiative that systematically addresses the issue of fake news. Babajanyan’s legislation would introduce a new article to Armenia’s Criminal Code that would punish those convicted of “spreading false information [or] materially motivating another person with the purpose of spreading false information” with a prison sentence. As of February 2020, that legislation is still under consideration in the National Assembly. Ironically, Babajanyan remains the owner of several media groups, including the newspaper Zhamanak and the news website 1in.am, that have frequently been accused of publishing inaccurate information.

Also in December 2019, a group of lawmakers led by Sargis Khandanyan from the ruling My Step alliance formed a parliamentary working group specifically to address the issue of hate speech in Armenia. Khandanyan has announced that the group will attempt to revive legislation regulating hate speech that was put forward by the country’s Ministry of Justice last August but never approved by the National Assembly. That legislative package introduces amendments to Armenia’s Criminal Code that would punish those convicted of “calling for violence and the justification or propagation of violent acts” with a significant fine or prison sentence.

At the same time, members of civil society have advocated for non-legislative approaches. Artak Hambardzumyan, a journalist and publisher, has pressed for the creation of a professional regulatory body for media groups modeled on the UK’s Independent Press Standards Organization. There is no such regulatory body in the U.S.

Meanwhile, Shushan Doydoyan, President of the Freedom of Information Center of Armenia, believes the best way to address the surge in fake news in the country is by promoting media literacy and media education among the general public. Additionally, Doydoyan has repeatedly called on the Armenian government to ensure full respect for citizens’ right to freedom of speech in managing disinformation-related cases and in developing proper media regulations.

It is clear that the issue of fake news is a deeply complex one, involving not just traditional media outlets, but also, increasingly, social networks. In this respect, the increasingly polarized media landscape and surge in fake news in Armenia mirrors similar trends in countries across the world. For instance, neighboring Georgia has similarly struggled to address growing media polarization, the murky ownership of many media groups, rising political pressure on journalists, and the spread of fake news on social networks. Last year alone, Facebook shuttered more than 300 pages linked with the ruling Georgian Dream party for “coordinated inauthentic behavior”.

Regardless of the approach the Armenian government chooses to take in attempting to tackle the country’s growing disinformation problem, it is incumbent upon the current administration to carefully design any solution so as not to infringe on citizens’ basic rights. Whether the Armenian government is able to implement programs to address this issue remains to be seen. Meanwhile, it is certain that the country’s problems with fake news will continue for some time.

One of the World’s Top 5 Crowdfunding companies in Yerevan