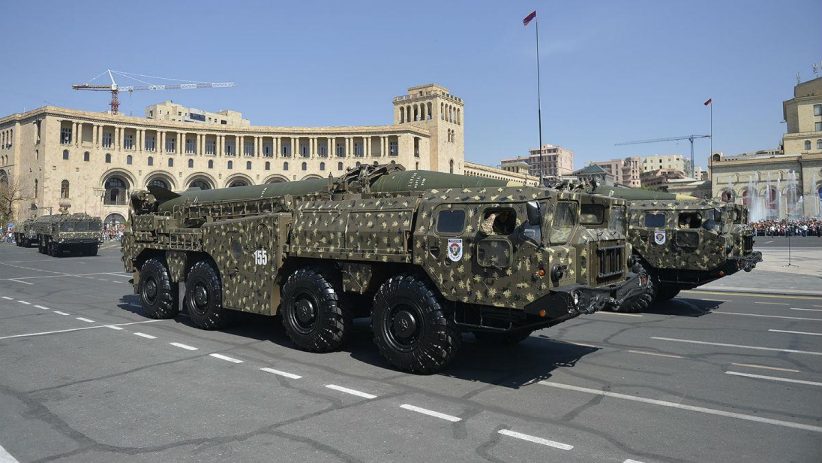 Armenia is the third most militarized country in the world, according to the Bonn International Convention Center’s 2019 Global Militarization Index.

The Bonn International Convention Center’s annual Global Militarization Index measures militarization by comparing the importance of a country’s military with other areas of public life.

The report notes that the level of militarization remains very high in the South Caucasus due to the unresolved Nagorno-Karabakh conflict.

The index project is also financially supported by Germany’s Federal Ministry for Economic Cooperation and Development.

With regards to Armenia’s neighbors, Georgia is in 49th place, Turkey in 19th place, Iran in 24th place and Azerbaijan is in 10th place.

In the previous 2018 index, Armenia again ranked third. The top ten stayed mostly the same, except for Brunei, which was replaced by Azerbaijan in 2019.

Other indexes have also shown Armenia to be one of the more militarized countries in the world.

According to the 2019 Global Peace Index, which measures the relative peacefulness of 163 countries, Armenia ranked in 118th place, which was an improvement of three places compared to the 2018 index.

Furthermore, according to the Stockholm International Peace Research Institute’s 2019 Fact sheet, Armenia was third in the world in terms of the size of the increase in military expenditure in 2019, comparing it to 2018.

Artavazd Peleshyan, the Poet of Cinema