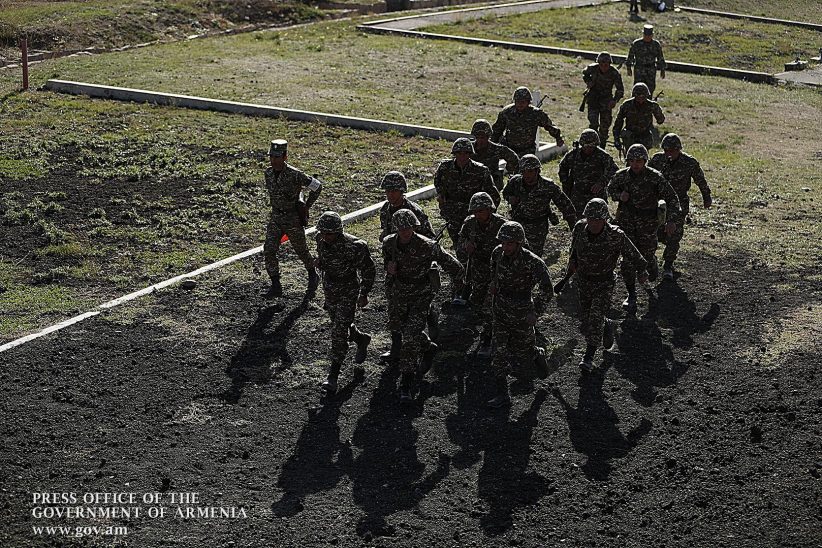 On February 19, President Armen Sarkissian signed decrees dismissing two senior officials of the Armed Forces, Arthur Baghdasaryan and Aleksan Aleksanyan, over a recent spate in deaths in the army. Prior to their dismissals, Baghdasaryan served as Chief of the Military Police, and Aleksanyan as the Head of the Department for Working with the Personnel of the Armed Forces. The proposals to dismiss the two senior officials came from Prime Minister Nikol Pashinyan, who forwarded them to Sarkissian earlier today.

The dismissals come as public outrage mounts over a recent surge in non-combat deaths in Armenia’s armed forces. Since the beginning of the year, 13 active soldiers have died. It is believed that eight of the soldiers died “in accidents or other circumstances not related to their military service”, while the other five “are believed to have committed suicide or been shot dead by other servicemen”.

Armenia’s military has long struggled with widespread bullying and hazing, which Pashinyan has referred to as the army’s “criminal subculture”. A two-year period of military service is mandatory for all male Armenian citizens when they reach adulthood, with few exceptions.

The recent spate of non-combat deaths this year is particularly unsettling, as 2019 saw a record low number of casualties in Armenia’s armed forces. The low number of casualties last year has been attributed, at least in part, to the establishment of a direct hotline between Armenia and Azerbaijan following an informal meeting between Pashinyan and Azerbaijani President Ilham Aliyev in Dushanbe, the capital of Tajikistan, in late 2018.