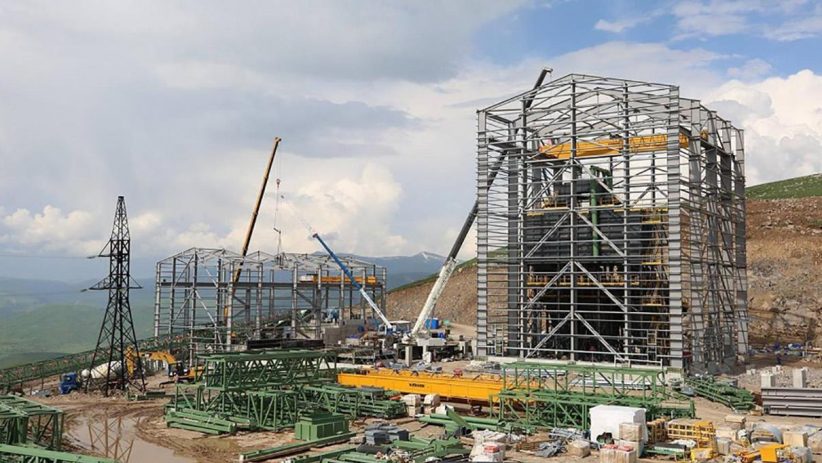 “If the environmental risks of the Amulsar mining project are manageable, I will support it. If it turns out the risks are unmanageable, I won’t support it,” said Prime Minister Nikol Pashinyan at a discussion in Berlin.

Pashinyan made the remarks during a visit to Germany, where he participated in a discussion held in conjunction with the Friedrich Ebert Foundation in Berlin on February 13.

The Amulsar mining project in Armenia’s south became a major controversy and a test for Pashinyan’s government, as environmental activists have been blocking roads to the mine for nearly two years, warning of the grave environmental impacts of the mine.

Pashinyan explained that he is working to understand whether the “Exploitation of this mine will cause irreversible environmental damage.”

The Prime Minister noted that “Due to certain situations, including a certain lack of public confidence in the project, they are unable to move at a sufficient pace to obtain answers.”

Pashinyan added that “any manifestation of civilization” causes some environmental damage. Pointing to the hall where the meeting was taking place, he said: “Even the construction of this beautiful building (has been damaging to the environment) because a forest or a field once existed here.”

In September, 2019, Pashinyan announced that the Amulsar Gold Mine will continue to operate. His announcement came amidst year-long protests by activists and residents of nearby towns.

The right to operate the Amulsar Gold Mine in southern Armenia is owned by Lydian Armenia, a subsidiary of Lydian International.

Lydian’s shares were listed in the Toronto Stock Exchange, but in December 2019, the stock market delisted them. Lydian also announced that it would launch a lawsuit against the Armenian government.

PODCAST! Armenia’s Amulsar Gold Mine, a Test for Pashinyan