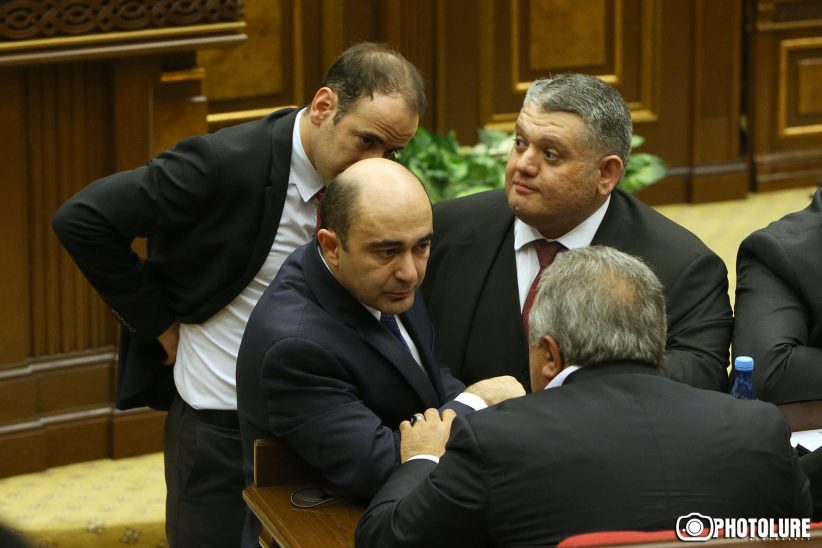 On February 6, Armenia’s National Assembly passed a resolution to hold a referendum on the future of the Constitutional Court. A total of 88 deputies voted for the bill, with 15 against and no abstentions.

During the extraordinary session, deputies discussed a draft bill regarding changes to the country’s Constitutional Court, specifically removal of high court judges. Prime Minister Nikol Pashinyan’s My Step Alliance, which holds majority of seats in parliament, voted against the passage of the bill in a technical maneuver in order to be able to call a referendum on the matter.

The National Assembly members argue that the judges are not covered by the 2015 constitutional changes envisaging shorter tenures for new members of the country’s highest court. They also claims that the court lacks “democratic legitimacy.”

Under current regulations, Tovmasyan will remain the President of the Constitutional Court until 2035.

For Edmon Marukyan, leader of the opposition Bright Armenia Party, “This path chosen by the authorities carries a great danger for the rule of law in Armenia and it could set a bad precedent for any future government to oust judges and handpick new ones in the same way.” Marukyan’s party voted against the proposal, while the other opposition party, Prosperous Armenia, did not participate in the vote.

On February 5, National Assembly Speaker Ararat Mirzoyan met with the Ambassadors of the OSCE and Council of Europe member states to Armenia and discussed the situation regarding the Constitutional Court. No additional information was given about the meeting.

The Council of Europe’s Parliamentary Assembly and the Venice Commission have both issued statements regarding the ongoing feud between Armenian Prime Minister Nikol Pashinyan and Constitutional Court President Hrayr Tovmasyan, calling for restraint and urging against any further escalation in tensions.

“The proposed changes could have long term repercussions on the functioning of constitutional institutions. In this context, (…) we call on the Armenian authorities to request as soon as possible, the opinion of the Venice Commission, the Council of Europe’s expert body on constitutional law,” said the co-rapporteurs of the Parliamentary Assembly of the Council of Europe for the monitoring of Armenia, Andrej Šircelj (Slovenia, EPP/CD) and Kimmo Kiljunen (Finland, SOC).