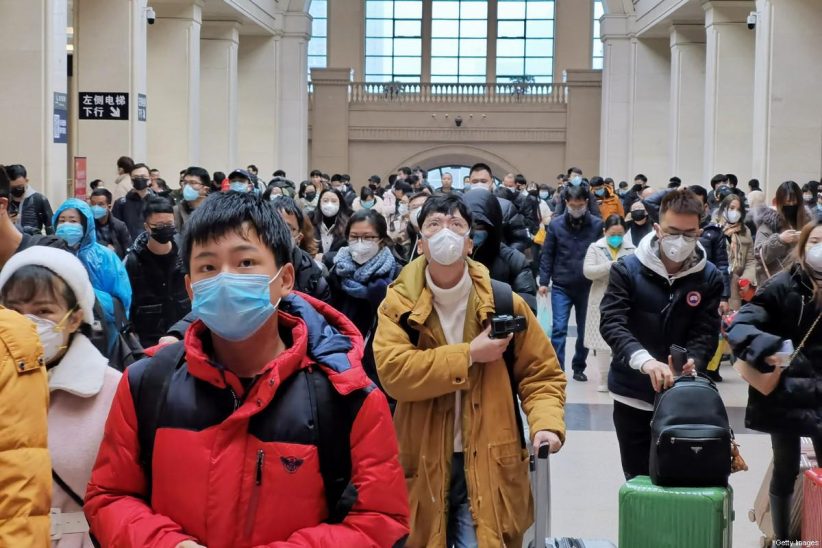 The article was published in the “World Energy Weekly,” a publication of the French think-tank Petrostrategies.

In the energy sector, the spotlight is more than ever being focused on China. Only recently reassured by the relaxation of trade tensions between Beijing and Washington, markets are now having to face the very serious threat posed by the Wuhan coronavirus, which has been raging for more than a month. There are two reasons for concern over the very short term (this winter): in addition to the containment measures imposed by Beijing in the Wuhan region, hundreds of millions of Chinese have changed their habits, hardly ever leaving their homes, no longer consuming, and even no longer working in some cases. Many businesses are either closed or idle (temporary lay-offs) and teleworking has become widespread. The country’s economic and industrial activity has been greatly reduced, causing its energy demand to collapse.

In particular, the health crisis (the scale of which is unprecedented in the recent past) is hitting the air transportation sector, leading to a drop in jet-fuel demand. The decline in domestic traffic was quickly followed by a weakening of links between China and other countries. Over the last few days, the epidemic has led to a virtual embargo on flows of people between China and the rest of the world. Most of the world’s airlines have decided to suspend flights to and from China, and some countries have simply banned arrivals from China. Russia has closed its borders with its neighbor, and the United States is rejecting all foreigners who have recently visited China, even if they are in good health. Acting more diplomatically, the Europeans have not taken such radical measures, a fact much appreciated by Beijing. But passenger flows between the two regions are now at a very low level, and are mainly being carried by Chinese airlines. As of February 5, two-thirds of regular flights in the world’s second-largest air market (behind the United States) have now been canceled. In addition to the decline in air transportation, road traffic within China (people and goods) has also collapsed. The country’s major cities are almost deserted, and there is hardly any movement from one region to another.

The paralysis of the transportation system is having a heavy impact on oil demand in China, which is the world’s leading importer of crude oil

The paralysis of the transportation system is having a heavy impact on oil demand in China, which is the world’s leading importer of crude oil. In early February, its level of consumption was 20% lower than expected during this period: slightly more than 11 MMb/d instead of 14 MMb/d. On the markets, oil prices are in free fall. In comparison to the peak reached in early January, they plunged by 20% in only a a few days, with dated Brent falling to $54/b. The decline in Chinese demand is not yet being offset by a reduction in global supply, leading to a mathematical price adjustment and increase in inventories.

To deal with this crisis that no one saw coming, the OPEC+ member-states are being forced to assess the situation in order to decide whether they need to adjust their output. A technical committee, which met in Vienna from February 4 to 6, has recommended a further curtailment of 600,000 b/d in OPEC+ crude oil production until the middle of the year. This would be added to the 1.7 million b/d reduction planned until March 31, 2020 (to which Saudi Arabia has pledged a voluntary further cut of 400,000 b/d). These reductions (1.7 million b/d + 400,000 b/d) would therefore be extended until June 30, and added to the new cut would reduce the crude oil supply by 2.7 million b/d. Through its Minister of Foreign Affairs, Russia has acknowledged this proposal, which was agreed in principle during a recent telephone conversation between Vladimir Putin and King Salman of Saudi Arabia. The convening of a ministerial meeting of OPEC, and then of the OPEC+ countries, is now planned from February 14 to 15 (instead of March 5 to 6) in order to further tighten production quotas.

Like the oil market, gas is also being hit hard by the coronavirus crisis. Chinese gas demand has already been quite low in recent weeks due to a very mild winter and deteriorating economic conditions. It then collapsed in January, when the country’s industry started to slow down. As manufacturing usually accounts for two-thirds of China’s LNG demand, this has led to a veritable earthquake in the market. In early February, CNOOC declared force majeure on some of the cargoes it was to acquire under long-term contracts: the names of BP and Shell have been mentioned. Other Chinese LNG importers seem to have done likewise. They point to the collapse of demand on the domestic market while stocks at import terminals are at very high levels. Prices on the Asian spot market are continuing to plunge: the JKM index has fallen below $3.5/MMbtu and could soon approach $3/MMBtu. Spot sellers are worried, as they are no longer earning very much and fear a very difficult year.

LNG sellers with long-term commitments with China are also getting scared. Although they will (probably) have to accept the force majeure imposed on them, they are carefully watching spot market trends: with such low prices (perhaps for the long term), it will become more difficult to conclude very profitable long-term contracts (many of which are still indexed against oil). As for existing contracts, pressure from buyers to renegotiate oil indexation will intensify.

But at least one LNG seller has refused the force majeure (FM) clause invoked by Chinese buyers: Total. On February 6, when presentating its 2019 results (which turned out to be better than those of its peers), the French major, referring to an unspecified Chinese buyer, said that: “If there is a real quarantine in all the loading ports and unloading ports in China, we’ll have a real case for FM. For the time being, this is not the case”. The French group added that “there is a strong temptation from some longterm [LNG] customers to try to play with the FM concept. To say ‘I cannot take my cargo under the long-term contract, but I would like to buy spot’ is contradictory”.

-Due to the scale of the crisis, fears are no longer limited to the very short term. Economic and energy players now fear that the global economy will suffer a very bad first quarter of 2020, if not a poor performance over the whole year if the health situation does not improve quickly; or (worse still) if it degenerates over the next few weeks, as China has become very important on the world economic scene. The country alone accounts for one-third of global growth in GDP, which is more than the EU, the United States and Japan combined. New forecasts are circulating for the first quarter, and they are very bad. Oxford Economics thus expects the annual rate of Chinese growth during Q1 to reach 4% (instead of the 6% rise initially forecast) and “only” +5.4% for the year 2020 (as compared to +6.1% in 2019). This slump (albeit relative) will probably affect the entire world economy. In the energy sector too, forecasts are being recalculated and the numbers don’t look good at all. Wood Mackenzie has just revised its world oil demand forecast for Q1 sharply downwards to 98.8 MMb/d, instead of the 99.7 MMb/d hitherto forecast. For its part, BP is expecting the virus’ average impact on global demand in 2020 to fall within a range of 300,000 to 500,000 b/d, while OPEC’s experts are anticipating a figure of 200,000 b/d instead.

In terms of volume, the scale of the impact will be smaller on the international LNG market, where China plays a lesser role than it does in oil, but this market has nothing remotely resembling OPEC to regulate supply. This has led to a very sharp drop in LNG spot prices. Between late December 2019 and early February 2020, they fell by 40% (from $5.5/MMBtu to $3.50/MMBtu, respectively) as compared to a 20% drop (from $69.35/b to $55/b) in crude oil prices.

In picture: People wear face masks as they wait at Hankou Railway Station in Wuhan, China on 22 January 2020 [Getty Images]