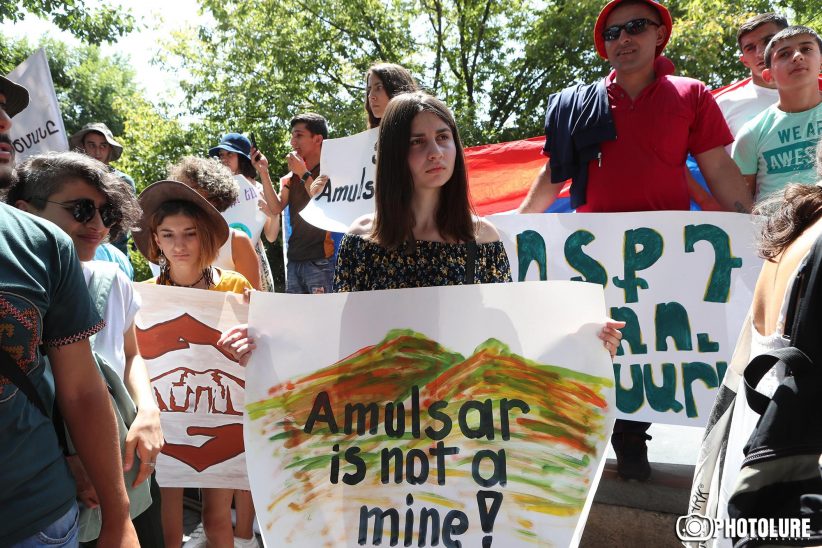 On September 9, Armenia’s Prime Minister Nikol Pashinyan announced that the Amulsar Mine operations will continue.

The long-contested mine, located in the Vayots Dzor province near the spa town of Jermuk, halted construction for over a year starting in 2018 due to a blockade by local residents and environmental activists who oppose the mine on environmental and economic grounds.

“At the moment we have no legal justification for banning the development of Amulsar Mine,” Pashinyan stated in a Facebook Live video.

He added that the construction work will start after April 2020.

The mine is operated by Lydian International. The company is officially registered in Jersey, Channel Islands, known as one of the leading offshore financial centers.

Amulsar is the second largest gold deposit in Armenia, and contains about 31 tons of ore and 40 tons of pure gold.

Environmental activists stress that toxic discharge from the mine would endanger  natural resources in the area.

The release of the Environmental Impact Assessment (EIA) report, led by the Beirut-based company Earth Link and Advanced Resources Development (ELARD), caused massive protests throughout Armenia. Pashinyan then sent the results of the report to the Ministry of Environment for an in-depth study of the document.

The PM says that environmental concerns will not be ignored, but if the mine is safe, it must be exploited.

“Lydian now says it guarantees that the mine is 100 percent safe to operate. This means zero liters of water will be contaminated, the air will not be contaminated,” Pashinyan said.

Pashinyan called on the residents of Jermuk and other communities to unblock the roads and allow for the mining operations to begin.

In response to the PM’s announcement, activists from the environmental movement SaveAmulsar said that they do not plan to open the roads to the mine. On the contrary, demonstrators plan to strengthen their positions to ensure that the mine will not be exploited.

On September 10, the Armenian Environmental Front announced that a march to the National Assembly will take place on September 11 in Yerevan at 6:30 pm to protest the decision.

Mount Aragats and Amberd Fortress Attract Tourists from Around the Globe