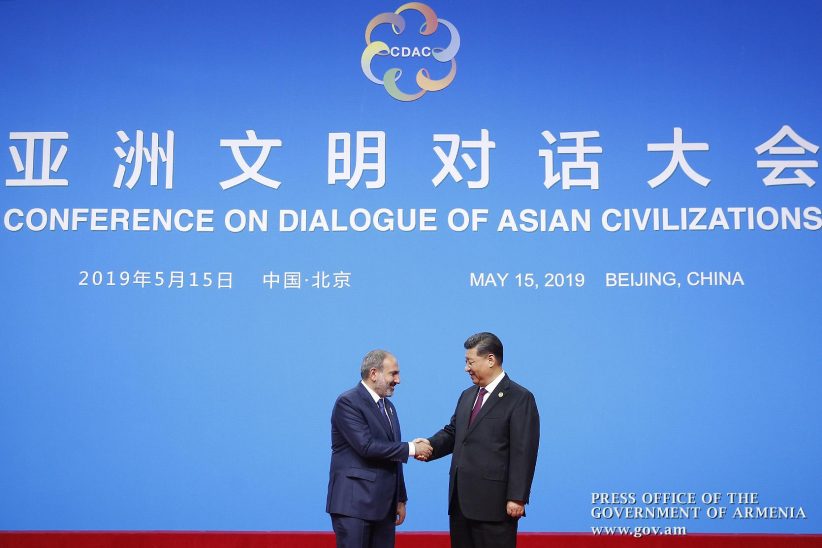 Armenian and Chinese citizens are no longer required to obtain a visa in order to travel to both countries for a stay that is less than 90 days, within a period of 180 days.

The agreement came into effect on January 19, in accordance with a deal signed with the Chinese government during Prime Minister Nikol Pashinyan’s visit to Beijing in May 2019.

Before China, in 2019 Serbia and Qatar also joined the list of countries that do not require a visa from Armenian citizens who are traveling to their countries.

Chairman of the Armenian Tourism Federation, Mekhak Apresyan, spoke to reporters on Monday, highlighting the numerous benefits that visa liberalization with China could bring to Armenia.

Apresyan remarked that the move will stimulate inflows of Chinese investment into Armenia, as well as improve the trade volume between the two nations.

But, by far the biggest boost this new development could bring is a surge in Chinese tourists coming to Armenia.

According to the National Statistical Committee of Armenia, the number of Chinese tourists crossing the border into Armenia was 7,027 in 2018, this number rose to 11,647 in 2019, which is an increase of around 66 percent.

If the current trend holds, coupled with the new visa liberalization arrangement, Armenia will likely see an even steeper increase in Chinese tourists entering the country, bringing new sources of inflow into the Armenian economy.

One hundred and fifty million Chinese citizens travel outside the country every year. An inflow of even one percent of those tourists into Armenia would be significant for the country.

In addition, the volume of trade between China and Armenia has also been increasing significantly. China’s Ambassador to Armenia, Tian Erlong, stated that trade turnover between the two nations was about $650 million from January to September 2019, which is an increase of 50% compared to the same period last year.

Armenia has found itself in China’s sights as the growing east Asian power aims to increase its power in the global economy by investing heavily and conducting infrastructure projects in developing countries. This is an attempt by China to place more countries under its sphere of economic influence.

But China and Armenia have had cooperation on several fronts. An increasing number of young Armenians are studying in Chinese universities. On top of this, in 2018, the Chinese-Armenian Friendship school was opened in Yerevan. Here, Armenian students study the Chinese language in addition to the standard school curriculum.

China has also donated a large-sum of vehicles to Armenia, including 200 ambulances in 2017 and 250 buses to the Yerevan Municipality in 2012.

The Art of Gold from Aleppo to Yerevan