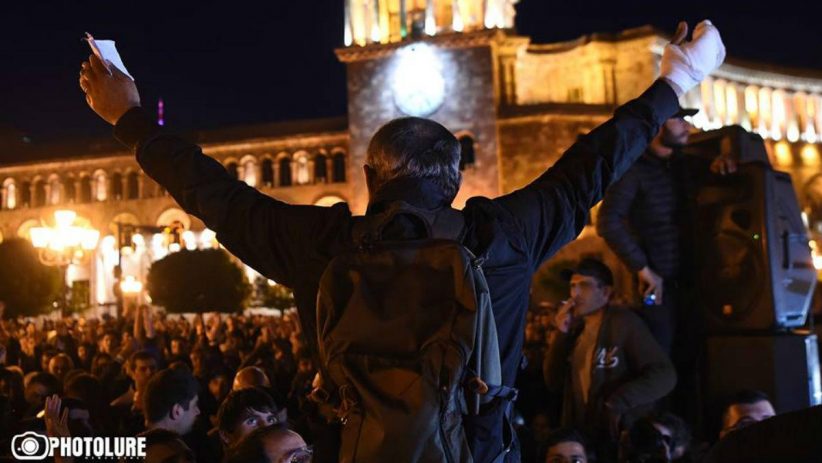 According to Aravot Daily when asked if he (Ararat Mirzoyan, Speaker of the National Assembly) worries about whether the government’s ratings will drop if the Amulsar mine is put into operation, Ararat Mirzoyan responded, “I agree with claims that the government’s ratings will drop in that case, although I don’t think that most of the people who are against it voted for My Step to begin with. However, there is another issue at hand here: should any government solely worry about its ratings, or can there be situations where governments make unpopular decisions based on the country’s interests?”

The quote from the Speaker of the Armenia’s National Assembly caught my eye for a couple of reasons.

First, the rhetorical question he posed: “Should any government solely worry about its ratings, or can there be situations where governments make unpopular decisions based on the country’s interests?”

Well, it’s not that people do not trust the judgement but this is not just any decision. It is a decision that, according to many, can negatively affect the viability of Armenia’s environment and the health of future generations.

There are of course pros and cons to the Amulsar mining project but I have yet to hear many independent experts that do not have major reservations about the long term impact to Armenia’s environment. On the contrary, I have heard many who believe the project will be disastrous for Armenia’s future.

We have only one Sevan and limited natural resources. Here are the two unenviable choices that pre-revolution administrations have left us with: In case the government can ‘manage’ the negative ramifications of the project, we are still left with some long term damage, some temporary mining jobs and funds going to the country’s budget. But, if the government cannot manage the negative consequences of the project for a variety of reasons, then we have allowed irreparable damage to not only Armenia environment but its overall sustainability as an ecosystem.

Do we want to take this risk?

Armenians are pragmatic people. They want jobs, they want commerce, they want investments, they understand the country needs funds and they know we are technically a country at war. So, how is it that so many of these ‘pragmatists’ are against mining of Amulsar? Could it be they feel the risks are too high? Or are they all lunatics? Which brings me to the Speaker’s other comment.

“I don’t think that most of the people who are against it (Amulsar’s mining) voted for My Step to begin with.”

Really? Who did these people who care about the environment vote for? Are RPA and Prosperous Armenia the vanguards of the environmental movement in Armenia? Maybe some of them voted for Bright Armenia but to say ‘those people’ are just not our supporters and they are very few (they must be few because ‘My Step’ faction has an overwhelming majority in the National Assembly) is at best an attempt to marginalize the opposition to Amulsar.

On the contrary, I’d argue that many of the people who are against mining of Amulsar voted for My Step candidates, are the loyal base and the ideological allies of the Velvet Revolution, not just some apparatchiks who go with the wind or people who show up just because there is pizza.

Armenia is a very young democracy and we owe that in no small part to the Velvet Revolution and its leaders (including Ararat Mirzoyan). What can be a danger for a young democracy is when the government wants to (or feels has to) do something clearly unpopular and the citizens who are against that ‘something’ are labeled as marginal by government officials or are classified as ‘counter-revolutionary’ or ‘pizza-eaters’ by certain segments of society who are desperate to gain brownie points with the post-revolution officials.

What is also a danger to this young democracy is the lack of credible opposition that people can respect. Sadly and because of this vacuum, the administration knows that its support base has limited options and will not easily defect regardless of its decisions on major issues.

New Documentary Looks at Nicotine Use in Armenia