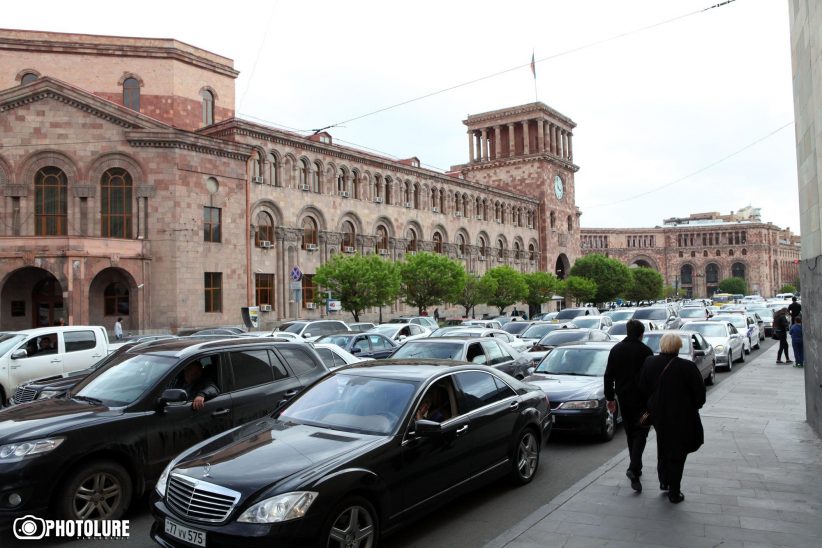 Armenia’s car imports tripled in 2019 with 189,000 cars receiving new customs clearance in the country. In 2018, the number was roughly 64,000, according to Davit Ananyan, Chairman of the State Revenue Committee, who spoke at a press conference on January 13.

The sharp increase in car imports in recent years was in part due to the temporary preferential regulations set by the Eurasian Economic Union (EEU). This was part of the terms of accession when Armenia joined the EEU in 2015.

Until January 1, 2020, Armenia had privileged conditions for the import of several hundred types of goods, including cars. The customs clearance for vehicles was carried out at a significantly lower price compared to other EEU countries. In addition, the bulk of imported cars were re-exported to other EEU countries, notably to Kazakhstan.

Now, with the expiration of Armenia’s privileged customs clearance set-up, Armenia will have the same rates as other EEU countries.

Ananyan noted that last year the revenues from car imports amounted to roughly $199 M, which is an increase of $120 M compared to 2018.

One of the most obvious consequences of the large increase in car imports is more traffic congestion in the capital of Yerevan, home to nearly half of the country’s population.

Sirekan Ohanyan, Director of the “Yerevan Project,” an urban-planning company under the auspices of the Yerevan Municipality, said in December 2019 that, “The city has never had so many cars and it is impossible to accommodate such a quantity in Yerevan.”

Traffic jams have already become a significant public concern and the increase in car imports will only further disrupt the situation.

In October 2019, Deputy Prime Minister Tigran Avinyan highlighted the problem in a cabinet meeting. “Within two months, we’ll have a plan that will resolve these matters,” he said back then. However, no government policy to date has significantly improved the congestion issue.

The problem is further exacerbated by the poor condition of the public transportation system in the city.

Thus, while the increase in tax revenues will be welcomed by some, the increase in the number of cars on the roads due to these whopping car import figures may mean that the situation could get worse before it gets better.