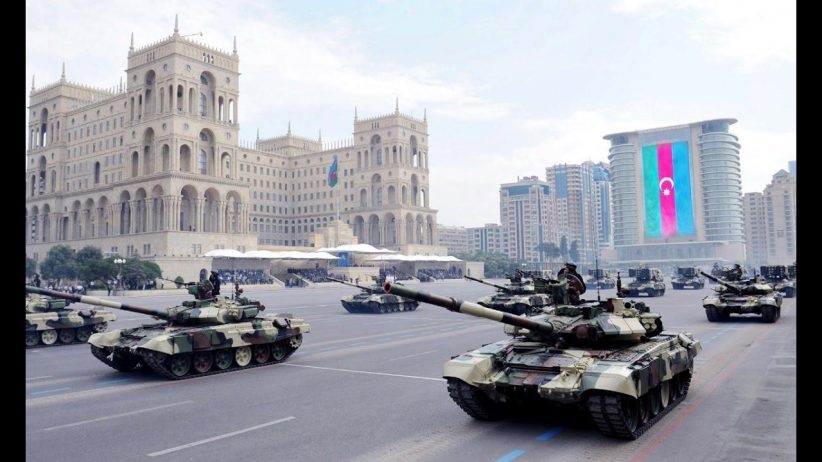 The Trump Administration has substantially ramped up security assistance to Azerbaijan, amounting to more than $100 million in fiscal years (FY) 2018-19, according to budget data compiled by the Security Assistance Monitor, part of the Center for International Policy, a Washington think tank. Whereas the assistance appears to be part of U.S. strategy to increase pressure against Iran and focuses on Azerbaijan’s Iranian border, it also has direct implications for Armenia.

According to the data, under Section 333 “Building Partner Capacity” programs implemented by the Department of Defense (DoD), Azerbaijan was due to receive $58.6 million in FY 2018 and $42.9 million in FY2019. By comparison U.S. security aid to Azerbaijan in FY 2016-17 did not exceed $3 million a year.

Whereas, the U.S. has long provided more military assistance to Azerbaijan than to Armenia, the contrast has only increased since last year’s change of government in Armenia. “According to the Security Assistance Monitor, Armenia received $4.2 million in U.S. security assistance in FY 2018 (year that ended in October 2018) with $2.8 million* planned for FY 2019 and $2.1 million for FY2020. It is unclear if this reduction is related to Armenia sending a de-mining contingent to Syria, as part of a larger Russian military presence there.”

U.S. law, known as Section 907 of the Freedom Support Act, prohibits assistance to Azerbaijan unless it “is important to Azerbaijan’s border security; and will not undermine or hamper ongoing efforts to negotiate a peaceful settlement between Armenia and Azerbaijan or be used for offensive purposes against Armenia.”

Whereas, the security situation on the Line of Contact has mostly remained calm since 2016, occasional cease-fire violations continue to be reported. Thus, on July 16-17, Azerbaijani forces opened fire towards border villages of Elpin and Chiva in Armenia’s Vayots Dzor province.

The article was published on Focus on Karabakh, a project of the USC Institute of Armenian Studies