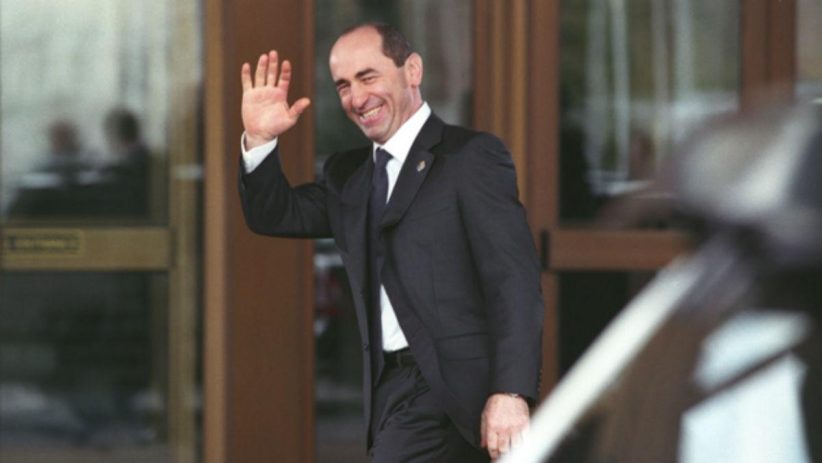 Robert Kocharyan has become the first former head of state of a former Soviet republic to be jailed, after a Yerevan court satisfied the government prosecutors’ request to hold him in pre-trial detention.

On July 26, Kocharyan was called in as a witness in the investigation into aftermath of 2008 elections. According to Kocharyan, as he arrived to meet with investigators, he was told that he is now a suspect. He says he refused to testify since he believes charges against him – overthrow of constitutional order – “are absolutely trumped-up.” Prosecutors argue that Kocharyan conducted the said overthrow – or coup d’etat – via “unconstitutional” orders to the Armenian military. Charges carry between ten to fifteen years in prison.

The Yerevan court reportedly declined Kocharyan’s lawyers’ arguments that as an ex-president he enjoys legal immunity for actions stemming from his activities as president. Asked about the case earlier this week, Pashinyan similarly argued that Kocharyan was not immune from prosecution.

Also charged was retired general Yuri Khachaturov, a former chief of staff of the Armenian Armed Forces and current secretary general of the Russia-led Collective Security Treaty Organization (CSTO). In brief comment to the media Khachaturov said that he did not accept charges against him. Khachaturov was commander of the Yerevan garrison at the time of 2008 elections.

Russian newspaper Kommersant cited an unnamed “source familiar with innerworkings of CSTO” as expressing displeasure with the Armenian government’s actions.

“The new Armenian authorities have behaved in unprofessional manner, they did not warn the CSTO partners that its secretary general could be charged and that he, perhaps, should for a time resign from his position,” what was likely a Russian government source was cited as saying.

Perhaps because of these international ramifications, Khachaturov – charged under the same clause of the criminal code as Kocharyan – was allowed to remain free after posting a $10,000 bail. Kocharyan is so far being held without bail.

Another retired general Mikhail Harutyunyan, who was defense minister in 2008, was charged with the same “coup” earlier this month. The 72-year-old remains in Russia after surgery earlier this year.

Dozens of other officers were involved in implementing Kocharyan’s orders under the state of emergency, but it was unclear who else might be charged by the government. Among others, Seyran Ohanyan, also now retired, was chief of staff of the Armenian military in 2008. The current chief of staff, Gen. Artak Davtyan, was in charge of planning military operations at the general staff.

A number of Soviet ex-presidents have been prosecuted by their successors, but nearly all fled their respective countries and were tried in absentia. Thus, former Ukrainian president Viktor Yanukovich and former Kyrgyzstan president Askar Akayev now live in Russia, whereas another former Kyrgyzstan president, Kurmanbek Bakiyev, took refuge in Belarus. In the early 1990s, elected presidents of Georgia and Azerbaijan fled their respective countries, while another Azerbaijani president Abulfez Elchibey lived under a de-facto house arrest in his home village after being overthrown.

In an interview with Yerkir Media TV prior to the court ruling that resulted in his jailing, Kocharyan called his prosecution a “political vendetta,” saying that he would not leave Armenia and “struggle [against the charges] to the end.”