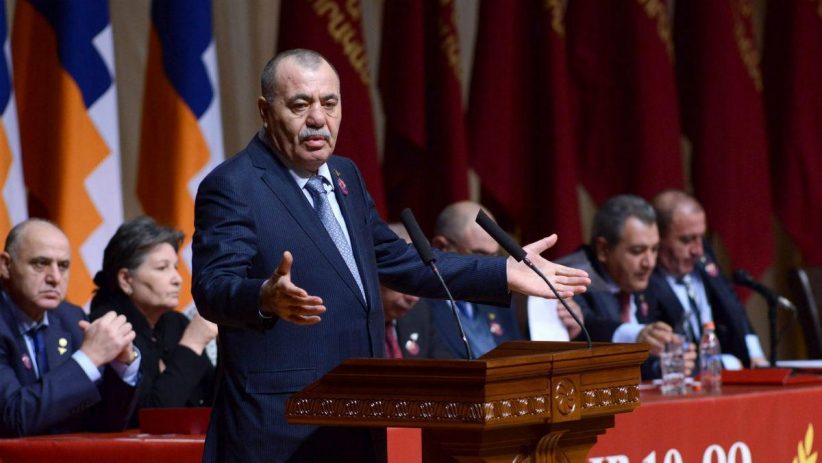 Since June 16, 2018, the Manvel Grigoryan case is the object of public attention in Armenia and the Diaspora. A retired General, hero of the Karabakh War, and nearly two decade long Chairman of the Yerkrapah Volunteers Union, Grigoryan is suspected of illegal arms possession and embezzlement of army supplies. The bulk of the investigation regards voluntary donations made for the 2016 April War that were found in several of the General’s private residences in and around Etchmiadzin and Karabakh.

In the short yet already dense history of anti-corruption investigations under Nikol Pashinyan’s prime-ministership, this one has particular resonance because of its moral contents: among suspected items, media reports showed thousands of canned “soldiers’ portions” and “schoolchildren letters” to soldiers serving in frontline positions during the four-day war.

In a society where sacrifices have always been consented for the sake of security, the accusations leveled against one of the “fathers of the army” are heavy. The scandal was unleashed at the same time as former Defense Minister, Seyran Ohanyan, was being summoned as a witness in presumed misdealings within the Ministry during the last two years of his tenure (2014-2016), hardly a coincidence.

The government however has been cautious in containing the scandal to the Yerkrapah Volunteers Union.

If going from war hero to army spoiler seems hard to grasp, there are sociological factors explaining it. Manvel Grigoryan is a typical product of a post-war and post-Soviet state. He took part in the “liberation” of Karabakh; as the leader of the 5th motorized brigade at the turn of the war in 1993-1994, he played a crucial role in Martakert.

After the war, he stayed in the army where he was promoted to a Lieutenant-General. He was among the first members of the Yerkrapah but his career received an unexpected impetus after the unforeseen assassination of Vazgen Sargsyan in 1999, founder of the Union and newly nominated Prime Minister. Grigoryan replaced him as Chairman of the Union, a post for which his credentials have never been questioned.

After he helped then-President Robert Kocharyan come out of the 1999 crisis, he was nominated deputy defense minister in 2000. The former truck driver moved on to become a wealthy businessman in Etchmiadzin and by mid-2000 he was a local chief of clan holding “his” city under family patronage. Currently involved in the investigation are Grigoryan’s wife, son and brother in law.

The 2008 presidential election was a second turning point in his trajectory. Suspected of supporting opposition candidate Levon Ter-Petrosyan against Serzh Sargsyan, Grigoryan was notably absent from the chief of staff meeting during which instructions to carry out a crackdown on the opposition on March 1, 2008 were discussed. He was sacked the following month.

After Sargsyan asserted his rule as president, Grigoryan did not spare efforts to regain his trust. The entry of new Republican Party members, not all of them Karabakh veterans, into the Union, as well as Grigoryan’s renewed tenure as Chairman in 2010, confirmed he successfully negotiated his realignment with the ruling leaders.

The “General” culminated his transformation into a deputy-olgarch with his election at the National Assembly on a Republican Party ticket in 2012 and again in 2017. The criminal case launched against him is a powerful signal of the willingness of Prime Minister Pashinyan to unroot arbitrariness and business-politics ties, as well as an important piece in his strategy of power consolidation.

Taline Papazian is a Visiting Scholar at the USC Institute of Armenian Studies.

Armenian and Azerbaijani Foreign Ministers To Meet in Brussels