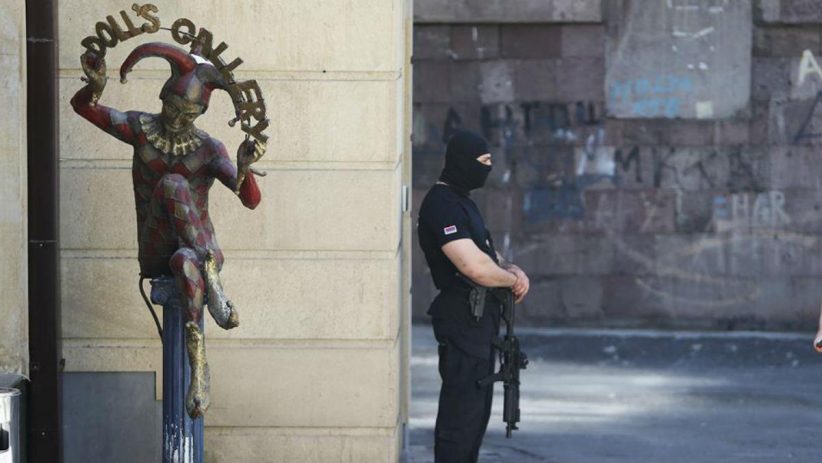 Former President Serzh Sargsyan’s brother, Aleksandr Sargsyan, was detained with his son on July 4 after the National Security Service (NSS) of Armenia conducted a search of their residence in Yerevan.

Aleksandr Sargsyan, who is known as Sashik, was previously detained on June 25 for possessing an illegal weapon. He was released the same day after police confirmed that the weapon was in fact legally registered.

Following the arrest on July 4, Armenia’s Prosecutor General’s Office announced that it has reopened a dropped criminal case from 2007 related to charges of “causing heavy physical abuse.” The prosecutor notes that new information has emerged which has led to the reopening of the case. The case involves Aleksandr Sargsyan’s sons.

According the Prosecutor General’s Office, on June 29, Davit Simonyan presented them a notice regarding an incident that occured in 2007. Simonyan writes that eleven years ago, Aleksandr Sargsyan’s son, Hayk Sargsyan, shot him under the influence of illegal substances, but another person was charged with the crime. The charge was later dropped.

The prosecutor’s announcement says that following the shootout, Aleksandr Sargsyan’s other son, Narek Sargsyan, took Simonyan to the hospital to undergo surgery. After regaining consciousness, Simonyan told police that another individual had shot him on accident. According the letter, Simonyan lied to the police because “Hayk and Narek Sargsyans threatened that otherwise he would not live long.”

It is rumored that Narek Sargsyan is currently not in Armenia.

Armtimes.com reports that for many years, the accuser, Davit Simonyan, had a close relationship with Aleksandr Sargsyan and his family, even helping win elections through fraud and assault. In 2009, Simonyan was fined for attacking activists affiliated with Armenian National Congress party.

The NSS has yet to make an official announcement or comment on their operations inside the home of Aleksandr Sargsyan.

Photo: A National Security Serviceman near the house of Aleksandr Sargsyan (Photolure).

Read the story in Armenian.