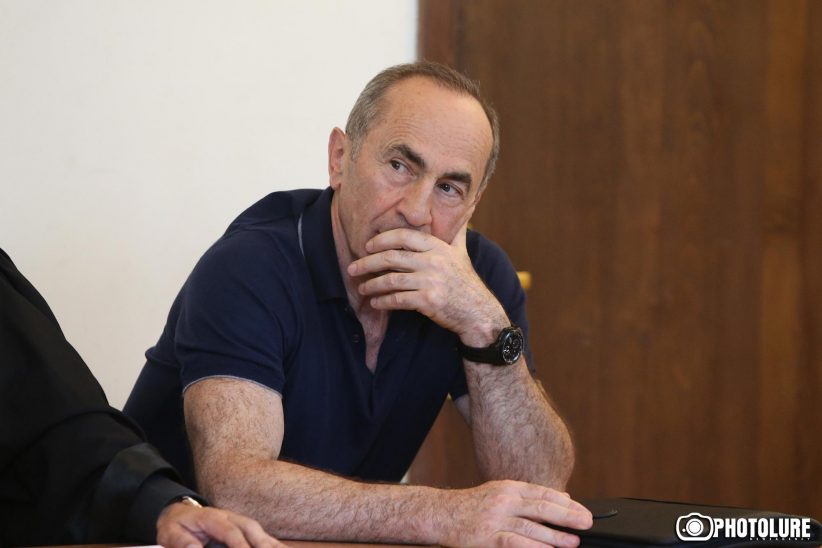 On June 25, Armenia’s Criminal Court of Appeals ruled to arrest Armenia’s second president Robert Kocharyan. In addition, the court dismissed the decision of the Court of First Instance of General Jurisdiction to suspend the case of the March 1 events and to send the case to the Constitutional Court.

On May 18 and May 20, the Court of First Instance, presided over by Judge Davit Grigoryan, suspended Robert Kocharyan’s trial because of what it called a possible contradiction between the Armenian constitution and the coup charges brought against the former president.

Grigoryan said that the constitution gives Kocharyan immunity from prosecution. Kocharyan is being prosecuted in connection with the post-election violence of March 1, 2008, which led to the death of eight protesters and two policemen.

Kocharyan’s lawyers have repeatedly stated that Article 300.1 is unconstitutional and cannot be applied to the retired president. They argue that the crime did not exist in the law in 2008 and was only included in the law as a result of amendments to the Criminal Code in 2009. This legal dispute must be settled by the Constitutional Court. If the court finds that Article 300.1 is not applicable in the case of the March 1 events, the case will not stand as the main argument is the failure to maintain constitutional order.

Meeting Between Kocharyan and Russian Ambassador to Armenia Causes Tension