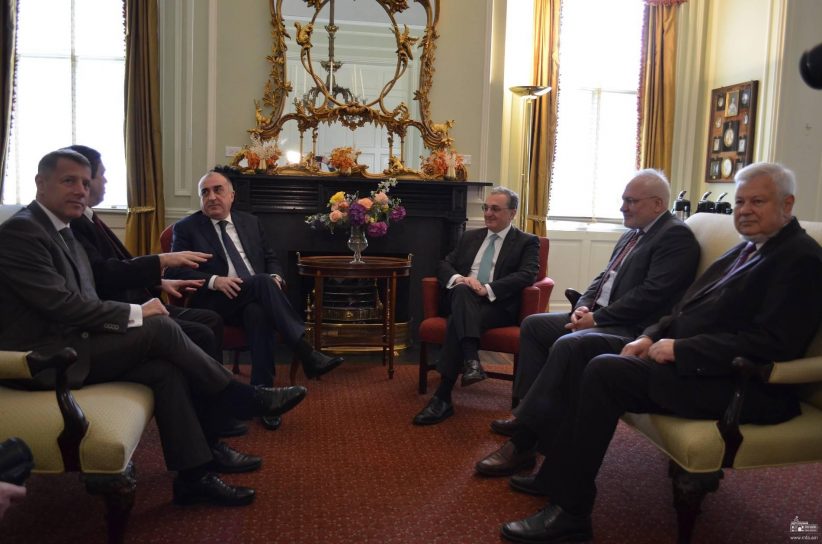 The meeting, hosted for the first time by the State Department in a decade, focused on the Karabakh peace process. The previous meeting was hosted by then Secretary Hillary Clinton in 2009.

The Armenian and Azerbaijani Foreign Ministers agreed to continue to meet under the auspices of the Organization for Security and Co-operation in Europe (OSCE) Minsk Group in the coming months. The OSCE Minsk Group is the international body tasked with facilitating negotiations between Armenia and Azerbaijan.

The two ministers and the co-chairs of the OSCE Minsk Group discussed the tensions on the front line and the necessity to re-establish a peacebuilding environment.

Mnatsakanyan also met with US National Security Advisor John Bolton. According to the Ministry of Foreign Affairs, Mnatskanyan highlighted the urgency of the Karabakh peace process and the efforts made by the U.S. and other co-chair countries. He also emphasized the need for an unviolated ceasefire and implementation of risk reduction measures.

In a Twitter post, the Minister said he was “pleased with the positive, extensive and engaging discussion with Ambassador Bolton on the Karabakh peace process, Armenia’s and the region’s peace and security agenda, as well as Armenia-US bilateral cooperation.”

Armenia and Azerbaijan have been in an unresolved conflict over Karabakh following a war that took place from 1988 to 1994.