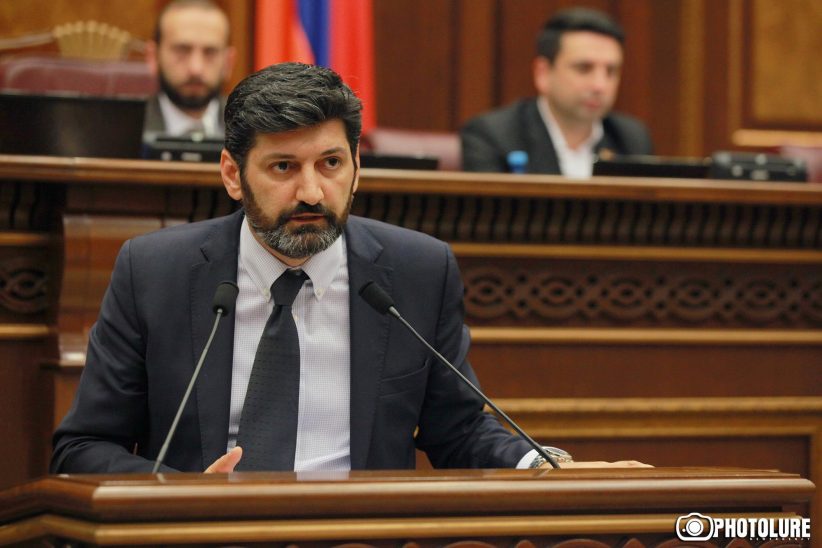 Armenia’s National Assembly (parliament) confirmed lawyer Vahe Grigoryan as a judge in the country’s Constitutional Court on June 18. He will serve alongside eight other judges in the highest legal body for constitutional review.

The prominent lawyer was confirmed through a secret ballot with 99 in favor, 22 against and one invalid. One hundred and twenty two parliamentary deputies took part in the vote.

Grigoryan has previously represented former Armenian President Levon Ter-Petrossian and the Armenian National Congress party in Constitutional Court hearings during their appeals against the results of the 2008 presidential election that put Serzh Sargsyan as the head of the government. In addition, he has represented the successors of victims of March 1 case.

Opposition members have criticized Grigoryan’s strong ties with members of Pashinyan’s ruling My Step Alliance, which has 88 out of 132 seats in parliament.

Read More: I hope today will mark the beginning of a new process of transformation in Armenia. Vahe Grigoryan

In his speech following the election, Grigoryan said that the Constitutional Court “can and must become a unifying body.”
“As medieval philosophers would say, the court should examine the kidneys of the government, these should be the subject of absolute investigation and the decisions made by all other instances, especially given the fact that the courts, be judicial or legal, can have some influence on the executive and legislative power, from the political power of the day,” he said.

Olya Azatyan, a human rights activist who was recently appointed Adviser to the Ministry of Labor and Social Affairs, congratulated Grigoryan on his confirmation.

Yervand Varosyan, a human rights lawyer, wrote on his Facebook page that he is convinced that the nomination will be a positive move for the judiciary.

Grigoryan was nominated as a candidate for the Constitutional Court judge in 2018, but his candidacy was rejected by the previous parliament that was dominated by the Republican Party.