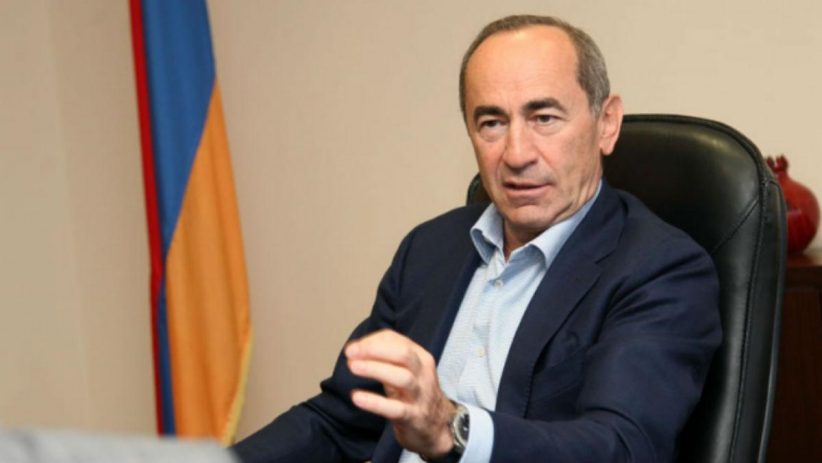 In a telephone conversation, Victor Soghomonyan, head of Robert Kocharyan’s office, told CivilNet that they had not received a notice as of 5 pm today, and Kocharyan himself is not in Armenia.

On February 19, 2008, following a presidential election that was marked by electoral fraud and abuse of administrative resource, Serzh Sargsyan became the president of Armenia. His opponent, the first president of Armenia Levon Ter-Petrosyan and his supporters refused to accept the results of the election. President Robert Kocharyan announced a state of emergency and army subdivisions entered Yerevan. The growing rallies and peaceful demonstrations were met with heavy use of force by the authorities on March 1, resulting in ten deaths and roughly 300 injured.

Today, the Special Investigation Service issued a statement that former Defense Minister, Colonel General Mikael Harutyunyan will be a defendant in the March 1 case. He is being accused of overthrowing the constitutional order the prior consent of other individuals from February 23 to March 2, 2008.

The statement reads that, “[Former] Defense Minister Mikael Harutyunyan and other officials violated the constitution of the Republic of Armenia when they declared a military order and used the armed forces against citizens participating in peaceful rallies.”

An investigation into Mikael Harutyunyan’s involvement will begin, and a petition for an arrest warrant has been filed with the court.

The March 1 demonstration was led by now-Prime Minister Nikol Pashinyan, who then was one of Ter-Petrossian’s chief supporters. Following the deadly events on March 1, Pashinyan was declared a wanted person. He immediately went into hiding but turned himself in to the prosecutor’s office in July of 2009. He was charged with causing mass disorder and was sentenced to seven years in prison. Two years later, in May 2011, he was released under amnesty.

In his numerous speeches and articles, Pashinyan has accused former presidents Robert Kocharyan and Serzh Sargsyan of the killings, and has repeatedly stated that the perpetrators should be held accountable.

After becoming Armenia’s prime minister following the Velvet Revolution in 2018, Pashinyan stated that the investigation into the March 1 case is a priority.