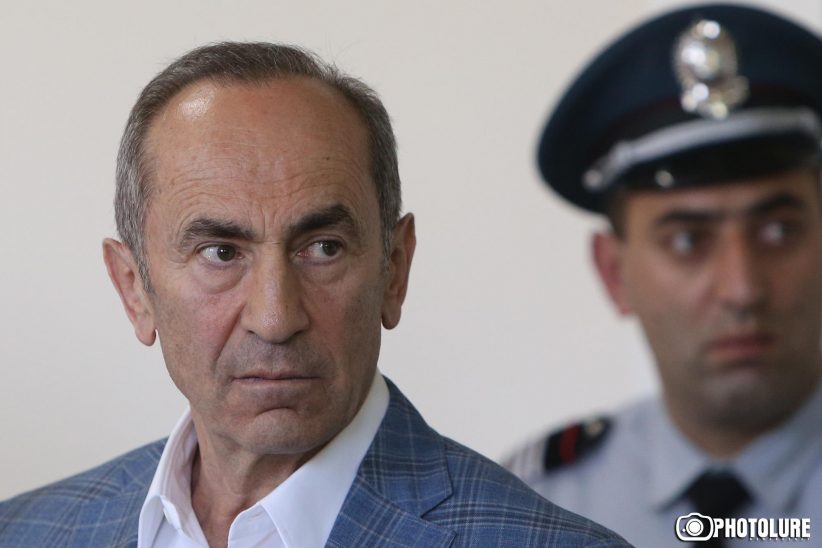 Sergey Kopirkin, Ambassador of the Russian Federation in Armenia, was summoned to Armenia’s Ministry of Foreign Affairs on June 14 following a meeting between Kopirkin and Armenia’s ex-President Robert Kocharyan.

“The minister [Zohrab Mnatsakanyan] said that the Russian ambassador has been invited to the ministry on that occasion and a conversation took place about not interfering in the domestic affairs of the country,” wrote Ruben Rubinyan, Chair of the Standing Committee on Foreign Relations at the Armenian Parliament.

Kocharyan is currently undergoing trial; he is being charged with overthrowing Armenia’s constitutional order following post-election violence in 2008 when 10 people were killed.  Military grade equipment was used to disperse demonstrators who were protesting the results of elections.

A day after the meeting, the Russian Embassy issued a press release stating, “As part of his regular meetings with the representatives of the socio-political and business circles, Ambassador Extraordinary and Plenipotentiary of Russia to Armenia S.P. Kopirkin met with the second President of the Republic of Armenia, R.S.S. Kocharyan.”

Ararat Mirzoyan, Speaker of the National Assembly, told reporters that he did not welcome Russian Ambassador Kopirkin’s meeting with Kocharyan, who is accused of overthrowing constitutional order.

“In the end, the ambassador of any country can meet with representatives of the entire spectrum of the political field, but there is more to it. Those charges that are brought against this person displace this person from the field of pure politics,” Mirzoyan said.

Kocharyan was arrested and held in prison for about five months. He was recently released on bail, but the trial against him continues.

It is assumed that Russia’s President Vladimir Putin and Robert Kocharyan have close relations. Kocharyan’s arrest in July 2018 has heightened Armenia’s new government’s tensions with Russia. Sergey Lavrov, Russia’s Minister of Foreign Affairs, stated that the arrest was “going against the announcements by the new Armenian leadership that it did not persecute its predecessors for political reasons.”

In September 2018, the Russian newspaper Kommersant interviewed Kocharyan about his return to politics and his relations with Vladimir Putin. The former president talked about a “chemistry” between the two men.

“I treat him with great respect and I feel that he has the same attitude towards me,” said Kocharyan, adding that, “maybe it’s a chemistry that can not always be explained.”

Putin also congratulated Kocharyan on his birthday and for New Year, showing his support to the second president of Armenia. Commenting on the call, Russian Presidential spokesman Dmitry Peskov said that for many years Putin and Kocharyan maintained good relations that are not influenced by any events that occurred in Armenia.

Read More: Opinion: Pashinyan-Putin Agenda and the Points of Contention