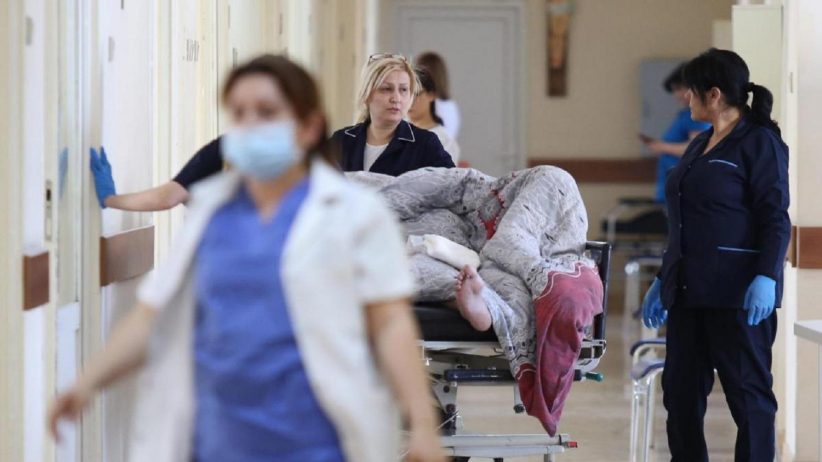 The goal of this health insurance plan is to cover everyone in the country, according to Torosyan. The proposal suggests implementing the tax in 2022.

“One of the ways to develop the country is to give access to health care to everyone,” Torosyan said in a video on his Facebook page on November 27.

Torosyan said the Ministry of Health estimates that a national health insurance system covering a wide range of surgeries and other medical treatment would require $525 million (250 billion AMD) in annual government funding. The Armenian government plans to spend only $228 million (109 billion AMD) on healthcare next year.

During the Soviet period, Armenia had one of the best health care systems of all the Soviet republics, delivering comprehensive care on a centralized basis. Since then, the system has fragmented along partially free-market lines and is now failing the majority of the people it is supposed to serve. Most Armenian hospitals were privatized in the 1990s.

One of the most pressing concerns is the cost of treatment and medicine for working Armenians who don’t benefit from the minimal social programs that are in place.

According to Elizabeth Danielyan, head of the World Health Organization’s Armenia office, private financing constitutes about 50% of total health expenditures in the country. Of that 50%, 84% comes directly out of the consumer’s pocket, according to the National Health Accounts monitoring project.

If the health care law passes, Armenians will pay 6% more for health insurance, which would amount to $13 in the case of a person earning $209 per month.

Armenians were quick to react, beginning a debate on social media.

Journalist Emil Babayan argued that before tackling the issue of insurance, the level of health care treatments should first be improved.

For Olya Azatyan, Adviser to the Minister of Labor and Social Affairs, implementing a tax to provide health care seems to be a good idea, but only if the distribution of the current progressive tax system is maintained.

“I am convinced that this is a relatively fair system and it would be much fairer if the progressive tax rate continued to be applied rather than a flat one,” Azatyan said.

Prime Minister Nikol Pashinyan has not yet commented on the proposed health care tax.

The New Bond between Russia and Turkey: Should Armenia be Concerned?

We must do better