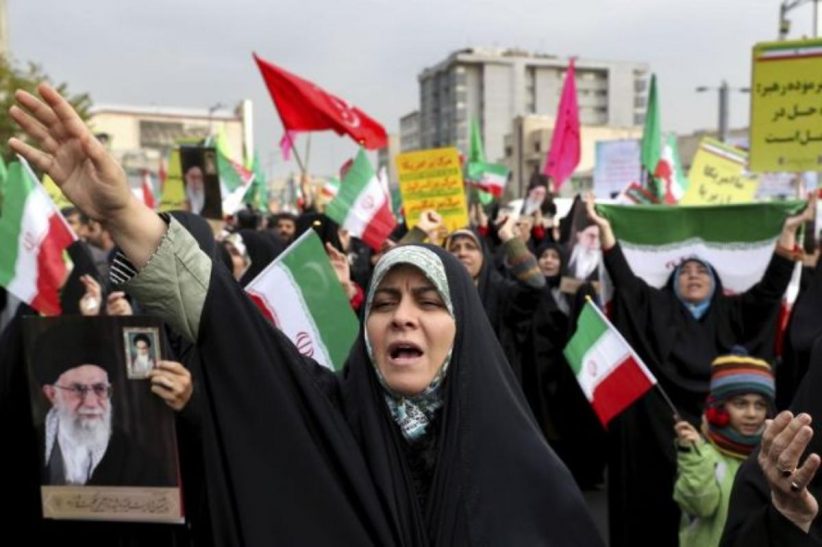 The article was originally published on Al-Monitor

The Iranian administration’s controversial decision Nov. 15 to triple gasoline prices sparked protests across the country. Although the Iranian government has managed to contain the protests, discussions over various aspects of the recent events are still ongoing. However, much of the international attention has been so far directed toward domestic causes and consequences of the protests, while their possible implications for Iran’s foreign policy have remained underdiscussed.

Taking into account international reactions toward the protests, Iran’s relations with the West seem to be the most important area to be affected by the recent events. In the administration of US President Donald Trump, the protests were seen as a proof that Washington’s “maximum pressure” policy against the Islamic Republic is working, causing the Iranian people to turn against the political system. In an interview with BBC Persian on Nov. 21, the US special representative for Iran, Brian Hook, said Washington is “very pleased with the protests” in Iran, adding that the maximum pressure against Iran will continue. Trump and Secretary of State Mike Pompeo also took to Twitter to express support for the protesters.

Meanwhile, the European Union issued a statement Nov. 21, calling on the Iranian government to “exercise maximum restraint in handling the protests.” Germany and France had previously issued separate statements expressing concern over the situation in Iran. In response, Iranian Foreign Ministry Spokesman Abbas Mousavi accused the EU of interfering in Iran’s internal affairs, saying the EU should instead honor its commitments to Iran under the 2015 nuclear deal, officially known as the Joint Comprehensive Plan of Action (JCPOA).

However, it seems that Iran is not alone in linking the Europeans’ position on the protests to the JCPOA, as Washington is also trying to build upon the current situation to get the Europeans on board in scrapping the nuclear deal. While the international media headlines were dominated by the protests, Pompeo announced that Washington will no longer waive sanctions related to Iran’s Fordow nuclear plant. The move is expected to create new complexities for the remaining parties of the JCPOA to fully implement the deal.

The American expectation of a change in the EU position appears not to be just wishful thinking. France, which was one of the most outspoken European countries is criticizing the US approach toward Iran, is now apparently shifting its approach. On Nov. 23, French Defense Minister Florence Parly criticized the United States for not responding to what are seen as hostile Iranian moves in the Persian Gulf. “When the mining of ships went unanswered, a drone got shot (down). When that in turn went unanswered, major oil facilities were bombed,” she said.

However, open support for the protests has just reinvigorated the Islamic Republic’s official narrative that the real goal the United States pursues through maximum pressure is not to bring Iran to the negotiating table but to cause “regime change” in the country. Therefore, any kind of diplomatic engagement with the United States would be meaningless and Iran should instead proceed with its policy of “maximum resistance.”

At the same time, Europe’s apparent shift toward the United States would put the future of the JCPOA further in doubt. In fact, Iranian hard-liners, who have been long calling for Iran’s total withdrawal from the JCPOA in response to the Europeans’ failure to guarantee Iran’s benefits in the deal, may now dominate the foreign policy course and direct the Iranian government toward taking an even more uncompromising stance on the nuclear issue. Ahmad Khatami, a senior member of Iran’s Assembly of Experts, said France and Germany accompanied the United States in its “wickedness” against Iran during the protests. He said he hoped that Iranians who have set store by France and Germany “would reconsider their approach.”

The recent protests could have implications for Iran’s regional policy as well. The Iranian conservatives see in the current situation a golden opportunity to put the burden of the economic problems on Rouhani and try to gradually sideline the moderate camp in the Iranian political sphere. They also accuse Rouhani of mismanaging the implementation of the recent increase in gasoline prices, which resulted in the public anger. As a result, Rouhani’s main focus in his remaining time in office will be expectedly shifted toward managing domestic challenges, with less time to follow up on his recent regional diplomatic initiatives, such as the Hormuz Peace Endeavor. Rouhani raised the initiative in his speech to the UN General Assembly in September as a basis for solving the problems between Iran and its Arab neighbors. Meanwhile, Iran’s Arab rivals, especially Saudi Arabia, may now have even less incentive to enter into a meaningful dialogue with a weakened Rouhani.

On the other hand, in the Islamic Republic’s view, the recent protests in Iran and the ongoing protests in Iraq and Lebanon follow the same pattern, with some foreign powers trying to weaken Iran and its regional allies from within, in order to contain Iran’s regional influence. Gholam Ali Haddad-Adel, a member of Iran’s Expediency Discernment Council, said the protests were a foreign plot to “repeat in Iran the same chaos that they have created in Iraq and Lebanon.” Therefore, one can expect Iran to adopt a more defiant posture at the regional level as well, trying to reinforce its positions all over the region. Recent reports of rocket attacks on the Golan Heights from Syria’s mainland, which were attributed by Israel to Iran, could be a sign of the start of such a trend.

Finally, the recent events could impact Iran’s relations with Russia and Turkey. On Nov. 18, Russian Foreign Ministry spokeswoman Maria Zakharova said the protests were provoked by “absolutely illegal and massive sanctions” imposed by the United States against Iran. Meanwhile, Turkish Foreign Minister Mevlut Cavusoglu expressed hope that the protests “would end and stability would be restored as soon as possible.” On Nov. 8, one week prior to the protests, Turkish President Recep Tayyip Erdogan warned that those who want to create divisions in the Islamic World might try to bring unrest from Iraq and Lebanon to Iranian territory. As such, Iran is expected to move toward more cooperation with Russia and Turkey. The most probable representation of this issue could be a closer trilateral cooperation within the Astana format for Syria, with Iran showing more flexibility on the viewpoints of its two partners, especially Turkey.

Generally speaking, the recent protests could lead to a more uncompromising stance by Iran toward the West, as well its regional rivals, while leading Iran to establish closer ties with its current partners.