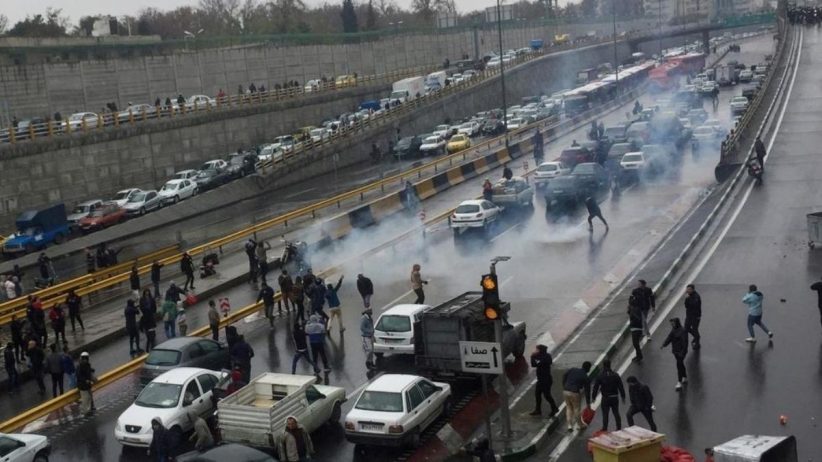 Protests have entered their third day in Iran, after fuel prices increased.

In the midst of a sanction-hit economy, the Government of Iran has increased the price of petrol to 50%.

Crowds gathered in major cities across Iran after the price hike was announced as anger over economic hardship reached a fever pitch.

In Tehran and Esfahan, reports have also emerged of vendors in bazaars and markets refusing to open shop with striking shopkeepers complaining about the effect increased fuel prices will have on business conditions.

Iran has been experiencing economic woes for some years, with protests having erupted in 2017 over a sudden foodstuff price increase.

Moreover, US sanctions have negatively impacted the economic situation, with the prospect of tougher sanctions by the Trump administration set to further mar the economy.

On Sunday, Supreme Leader Ali Khamenei said in a speech on State TV that he backs the petrol hike decision, and though he appealed for calm, he denounced the protesters as “hooligans”.

On the same day, US Secretary of State Mike Pompeo, threw his support behind the protests, as he tweeted: “the United States is with you”.

Violent clashes were also reported in some cities and provincial towns, Iranian officials raised the official death count to 3, however other sources claim that number is higher.

Since Saturday evening, the internet has also been shut-down by the Government with the flow of information coming out of Iran dropping dramatically.

Various analysts believe this is a tactic by the Government to prevent Protesters coordinating with each other and sending videos out of Iran.

With the blocking of roads and a near total internet communications shutdown, information has become difficult to verify and the situation remains unclear.

This isn’t the first time Iran has experienced civil strife, but with economic conditions slumping even further, the situation in Iran remains unpredictable and volatile.