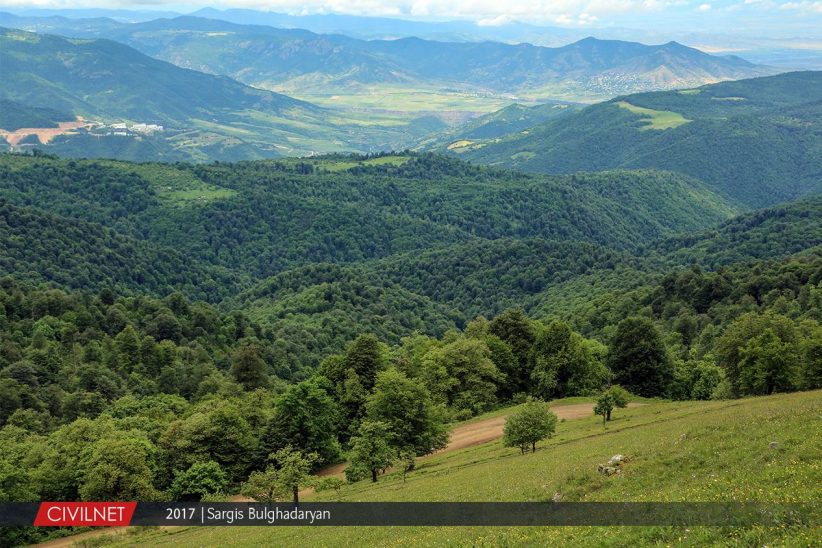 On October 16, Armenian Prime Minister Nikol Pashinyan, speaking at the opening of the 2019 Global Innovation Forum in Yerevan, announced that the government of Armenia had developed a “very ambitious plan” to plant ten million trees in Armenia on October 10, 2020 “to symbolize the unity of ten million Armenians around Armenian statehood” and the Republic of Armenia. The unprecedented measure is to be undertaken as part of the Armenian government’s broader plan to double the country’s forest coverage, from roughly ten percent to roughly 20 percent of the country’s total land area, by 2050, in line with Armenia’s commitments under the Paris Climate Agreement.

The state of Armenia’s forests remains an important environmental issue in the country. Armenia’s forest ecosystems are concentrated in Lori, Tavush, and Syunik regions. Although Armenia’s level of biodiversity in forest ecosystems is higher than that of neighboring Georgia, Armenia’s percentage of total land that is forested is, nonetheless, significantly lower than Georgia’s. Estimates of Armenia’s forest coverage range from 9.3 percent to 11.2 percent of the country’s total land area, as reliable figures and data are difficult to come by.  Countries where forests cover ten percent or less of total land area are considered to be “low forest-covered countries” by the United Nations Food and Agriculture Organization.

In the early 1990s, Armenia had lost its access to natural gas imports, which had previously met about 90 percent of the country’s energy needs, as a result of the economic blockade imposed on the country by Azerbaijan during the Nagorno-Karabakh War. The sudden loss of access to natural gas, exacerbated by a series of uncharacteristically cold winters, led to wide-scale deforestation, as individual Armenian citizens cut down trees in large numbers in order to heat their homes.  It is estimated that Armenia lost 24.5 percent of its forest cover in the period 1990-2010.

Although the Armenian government’s announcement of the reforestation plan received wide coverage in the local press, environmentalists and other experts have expressed skepticism regarding the feasibility of the plan, and the government itself has not yet published any meaningful or substantive plan detailing how exactly reforestation will be achieved.

In fact, on October 29, Minister of Environment Erik Grigoryan stated that the draft state budget for 2020 does not provide the Ministry of Environment with funding for the planting of ten million trees. Instead, Grigoryan stated that the government intends to rely on assistance from Armenian citizens, the Armenian diaspora, and “partner countries” Russia, Belarus, and Kazakhstan.

In an interview given by former Deputy Minister of Nature Protection Ayser Ghazaryan to Sputnik Armenia, Ghazaryan pointed out numerous issues that would prevent the implementation of the reforestation plan. The expert stated, “firstly, it is not specified what types of trees will be planted, in addition, it is impossible to plant so many trees in one day, given the opportunities, experience, availability of specialists, financial resources, and the choice of places.” According to Ghazaryan, the program “has no relation to reality.”

In a phone conversation with CivilNet on November 13, Ghazaryan elaborated on the prior points and explained in more detail the factors that would hinder the realization of the project. For instance, Ghazaryan estimates that ten million trees would require 3000-3300 hectares of land. However, both social factors, such as the fact that many towns in Armenia have agricultural-based economies that require the maintenance of open land for livestock grazing, and ecological factors, such as the fact that forests will not grow at an altitude greater than 2300-2400 meters, limit the amount of available land in Armenia for tree planting. Similarly, the country’s nurseries do not currently have sufficient capacity to provide ten million seedlings in a year.

Moreover, according to Ghazaryan, October is not a suitable time for planting trees; rather, spring is the optimal time for planting. Finally, Ghazaryan stated, the Armenian government and non-governmental organizations committed to reforestation work in the country simply do not have the technical capacity, experience, and personnel to be able to plant ten million trees in a year’s time. For all of these reasons, Ghazaryan concluded that the implementation of the government’s reforestation plan in its present state would be “impossible.”

The Ministry of Environment did not respond to multiple phone calls from CivilNet for comment on the feasibility of the reforestation plan.

Armenia Tree Project (ATP) has planted over 6 million trees during its 25 years of work in Armenia and Karabakh. ATP also refused to comment to CivilNet on the feasibility of the Armenian government’s plan.