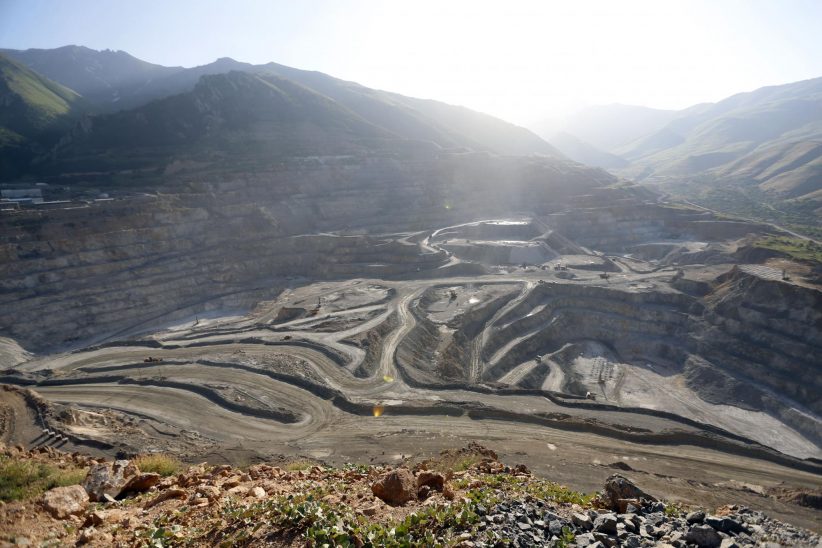 The real shareholders of Armenia’s largest enterprise, the Zangezur Copper and Molybdenum Combine (ZCMC), have been anonymous to the public for years. Since the 2004 privatization, there have been several changes among its shareholders, the last one being after Armenia’s Velvet Revolution of 2018. The former shareholders had affiliations with Mikael Minasyan, Ambassador to the Vatican and Armenia’s third President Serzh Sargsyan’s son-in-law. The relatives of former director of the National Security Service Artur Vanetsyan are also involved in this story.

There have been significant changes among the owners of Zangezur Copper and Molybdenum Combine in recent years. In 2004, when the state privatized the Combine, 60 percent of the shares were acquired by the German Cronimet and 40 percent by various Armenian companies. Of the 40 percent, Pure Iron Plant OJSC acquired 15 percent of the combine, Zangezur Mining and Armenian Molybdenum Production – 12.5 percent.

In 2014, German Cronimet acquired the 15 percent shares of Pure Iron Plant OJSC and increased its shares in the Combine to 75 percent. Zangezur Mining and Armenian Molybdenum Production were both linked to businessman Maxim Hakobyan and his son, former Member of Parliament Vahe Hakobyan.

In 2017, the owners of Armenian Molybdenum Production changed. The shares of Vahe Hakobyan and the other shareholder Karen Karapetyan were completely transferred to Star Dust, owned by Avetik Hovikyan and Julietta Darchinyan. They are unknown figures to the Armenian public. Julietta Darchinyan has worked for two companies, Jazzve and Distrimex, whose founder and shareholder was Mikael Minasyan, the former Ambassador to the Vatican and the son-in-law of President Serzh Sargsyan.

The same year, Zangezur Mining’s shares belonging to Maxim Hakobyan and his affiliates were transferred to Moon Metals CJSC, which is owned by Armen Antikyan and Suren Atsikyan, both also from Mikael Minasyan’s circle. After the Velvet Revolution, the owners of Moon Metals changed; now the owner is Walnort Finance Limited in Cyprus, which is owned by Jean-Jacques Luis Paul Buffet, registered in Switzerland. Our request for comment to him remains unanswered.

In addition, in 2016 and 2017, a company named GREPCO CJSC, purchased ferromolybdenum from Zangezur Copper Molybdenum Combine and exported it to Europe. The founder and one of the shareholders of GREPCO is Silva Ghambaryan. She is the Vice President of Jazzve Network of Cafes.

Mikael Minasyan, responding to the CivilNet’s inquiry, stated that “he has nothing to do with these companies and never has.” Minasyan noted that a number of companies have been operating on a leasing basis in his formerly owned office space in the Shengavit administrative district and he is not aware of the details of their activities.