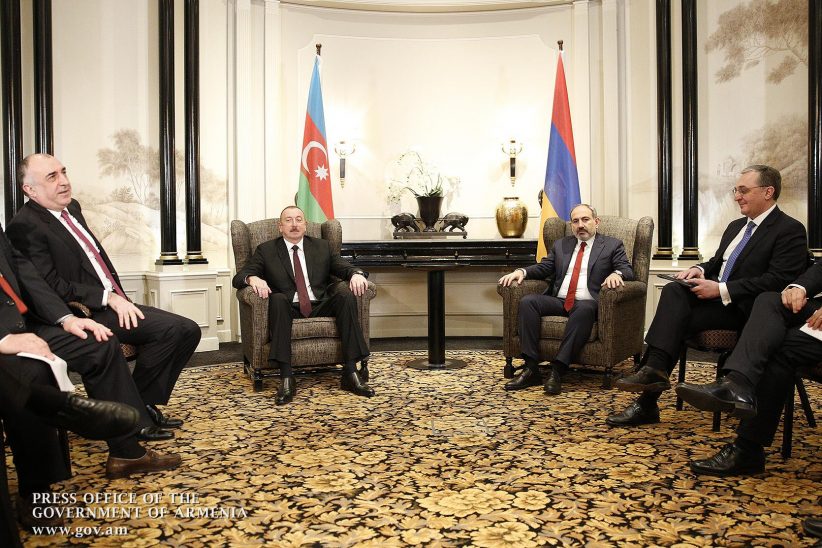 This was the first official negotiations meeting on Nagorno-Karabakh conflict between the two leaders.

According to Pashinyan’s statement, they discussed Karabakh’s participation in the peace process.

“I think it is important to emphasize that for making the negotiations more efficient, we must forget old, repetitive visions and be guided by new approaches,” said Pashinyan.

The government of Karabakh is not represented at the negotiations table, while Armenia and Azerbaijan are.

On February 12, during a session of Armenia’s National Assembly (parliament), Pashinyan said that one of the most important issues for Armenia in the negotiations process is the full involvement of Karabakh.

“We did not come to any agreement, but the issue will continue to be discussed. I want to say that this point of the agenda has been documented and discussed in detail,” said Nikol Pashinyan.

Armenia and Azerbaijan have been locked in an unresolved conflict over the territory of Karabakh, which has caused ongoing hostility following a war that took place from 1998 to 1994.

Arts and Culture: Causes Worth Fighting For

Nagorno Karabakh: No Breakthrough, But a Serious Talk About Peace