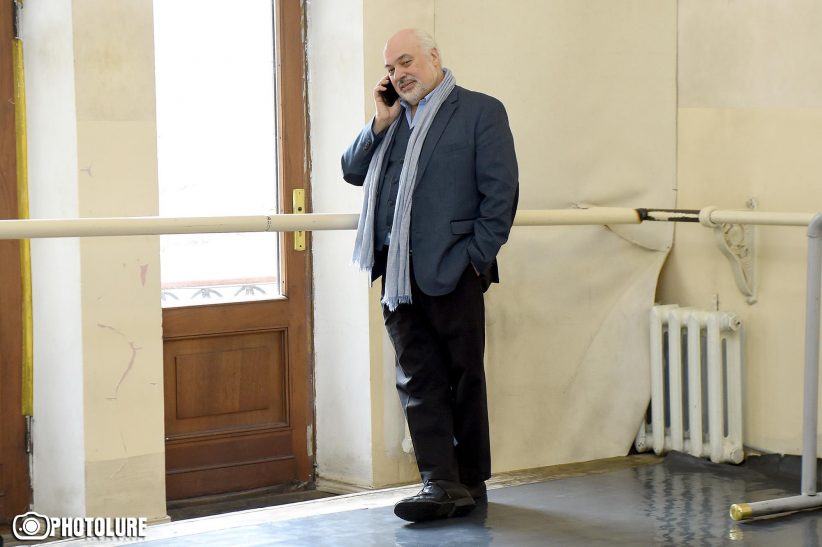 Last week Armenian social and other media outlets exploded with the news that acting minister of culture has fired world renowned conductor and a graduate of Juilliard School (how many do we have of those?) Constantin Orbelian from his position as director of Yerevan Opera Theater. The circulating explanations were vague and humorous to the edge of being silly. Grounds of Orbelian’s dismissal were justified by him allegedly not knowing Armenian (who knows these days?) and second, that according to the law he didn’t have the right to be both the executive and art director of the Opera (who comes up with such laws anyway? (and this is coming from a lawyer)).

Many people are outraged with this decision, also thanks to the acting minister not being the most popular one among her peers. I am not going to zoom-in through to the widely discussed accusations and allegations of the person (who has to do everything she can to uphold Armenian culture) not being in the right place. No, I’m not going to do that. I am also not going to count more than a dozen ways in which she could have handled the matter in an appropriate way. Instead, I would like to focus on the role that government and its officials should play to cherish and advance Armenian culture.

I admit. My views are biased on the notion that arts and culture can not develop without direct investments by the government. Investments, without any expectations of monetary return. No philanthropic or private money can bring groundbreaking advance in arts and culture. Those can certainly help, but never fundamentally. Arts and culture are two spheres that do not create ROI (deliberately using the financial jargon for return on investment). Rather, the returns that flow are indirect, as these two create positive spillover effect on human capital, education, tourism (just out of curiosity, if you open the Tourism Strategy 2020 of the city of Vienna, the first photo you see is a scene of the Vienna State Opera), ancillary businesses and even the city crime rate.

From archaic times Armenian arts and culture blossomed primarily due to investments by the state or the church (during times of loss of sovereignty and state the Armenian Church played a vital role as the guardian of Armenian culture, albeit a definite tendency (naturally) to religious forms of art (miniature art, frescos, tapestry, liturgic music, etc.)). Naturally, we don’t have the great Armenian kings around these days, such as Tigran the Great or Artavazd II to ask personally, but our history proves that without the direct financial involvement of the state (or the church as mentioned), the advent of the Armenian alphabet or the music of Komitas or Saryan’s pallet could have been under serious threat.

Each time I speak of this topic I cannot help but remember the famous words attributed to Winston Churchill: “If we don’t have arts, then what would we be fighting for?” So, each time the government drums the news that they should shut down a cultural program or fire an artist or merge a cultural center with the Force knows who, they should know that Armenian culture is the reason we deem worth fighting for.

Pashinyan and Aliyev Met in Vienna