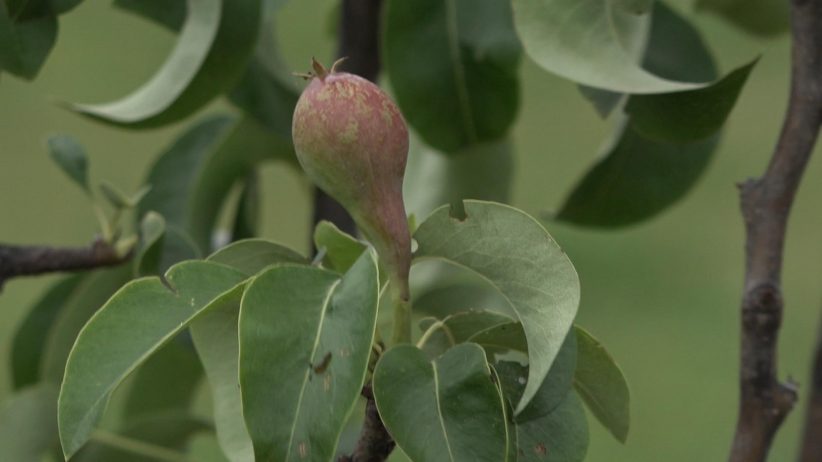 It is mid-July, and cold, grey clouds have covered the entire city of Spitak.

“This is not normal weather for the season,” says Alvard Mkrtchyan, Executive Director of Spitak YMCA. Behind the YMCA building, small trees occupy 0.2 hectares of land. “We have planted apples and pears so far. We are still at an experimental stage and those two types of fruit are climate-resilient.” Many hoses lay on the ground, providing continuous water to the trees.

No matter where on earth, agriculture suffers from inclement weather conditions, and the culture of growing crops is a long process, sometimes for a small profit. But intensive orchards and bio-intensive gardening are considered good alternatives to traditional cultivation methods.

This organic agricultural system focuses on achieving maximum yields from a minimum area of land, while increasing biodiversity and maintaining the fertility of the soil. According to experts, the technique is particularly effective for smallholder farmers in developing countries.

Like the rest of Armenia, the northern town suffers from high unemployment, and many of its inhabitants leave the city to work abroad. In Armenian, this phenomenon is called khopan.According the Lori Province authorities, in early 2017, 17,064 inhabitants have been identified while de facto 11,321 people live in the city. Knowing this, the Spitak YMCA has ambitious goals to slow down the khopan process.

The Executive Director is convinced that this program will lead to increased income in local households.

“These improvements will, in turn, boost the number of citizens successfully involved in agriculture, expand the amount of sustainably cultivated land and reduce the number of emigrants from the region,” Mkrtchyan says.

Apart from the intensive garden, a greenhouse and cool storage facility have been built for a total of $75,184, with financial support from the UNDP and Zurich YMCA.

Around 250 children already attend the program and are learning different cultivation techniques.

“This new generation will understand the importance of local production,” Mkrtchyan says. “They will start the intensive gardening process, keep a portion of their production and sell the rest.”

Shaping a New Narrative for Armenia