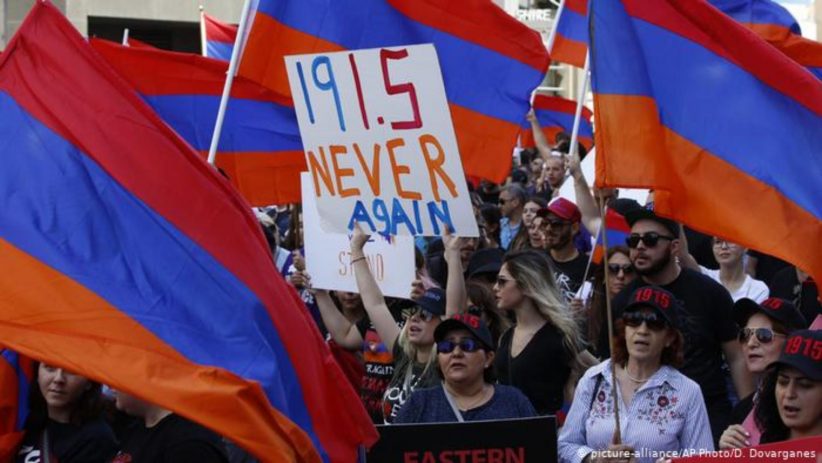 The U.S. House of Representatives overwhelmingly voted to recognize the 1915 Armenian Genocide, with 405-11 in favor of the resolution.

It is the first time that a chamber of Congress has officially designated the 1915 massacres that led to the killing of 1.5 million Armenians committed by the Ottoman Empire (modern-day Turkey) as a genocide.

“The last time that such a resolution took place was in 1984. But within those thirty years and more, we saw how the Turkish government became a threat and put pressure on the U.S. in order to not adopt the recognition of the Armenian Genocide. This is the moment for the U.S. to show that it will not hide Turkey’s mischief.” stated Elizabeth Chuljyan, Armenian National Committee of America spokeswoman.

For congressman Adam Schiff (D. CA), Chairman of the House intelligence committee and Vice Chair of the Armenian-American Caucus, recognizing genocides of the past is a powerful condemnation of those that are taking place nowadays.

“For when we see the images of terrified Kurdish families in Northern Syria, loading their possessions into cars or carts and fleeing their homes headed (…) away from Turkish bombs and marauding militias, how can we say the crimes of a century ago are in the past? (…) We cannot cloak our support for human rights in euphemisms. We cannot be cowed into silence by a foreign power,” underlined Shiff in his speech on the House Floor.

Following the announcement of the vote, Armenia’s Prime Minister Nikol Pashinyan thanked the House of Representatives:

He also congratulated Armenians from the United States for their “selfless activism and perseverance [that] were the driving force and the inspiration behind today’s historic vote.”

The Turkish government reacted speedily and expressed its rejection of the resolution:

“The U.S. Administration and politicians as well as the American people are best placed to consider the damages this resolution does to disrupt Turkey-U.S ties and effects upon U.S. interests at an extremely fragile time in terms of international and regional security. On the other hand, it is also noted that the attitude of the U.S. Administration on 1915 events remains the same.”

From 1915 to 1917, 1.5 million Armenians were systematically killed under the Ottoman Empire. Most scholars outside Turkey consider the killings as genocide, or an attempt to destroy a people in part or completely.

The U.S. Has Used this Genocide as a Political Tool. It’s Time for That to Change

The U.S. Has Used this Genocide as a Political Tool. It’s Time for That to Change.