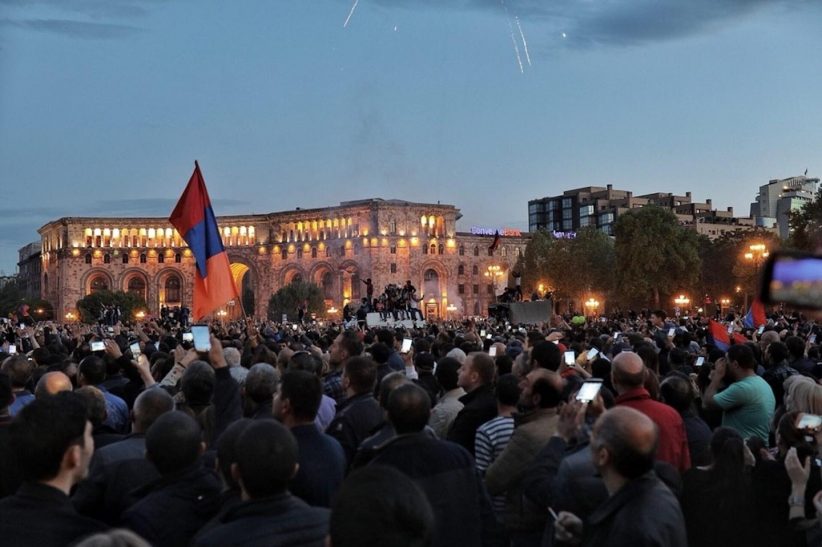 Armenian Prime Minister Nikol Pashinyan announced that as a result of the “victory” of the Velvet Revolution, the last Saturday of April will be celebrated as Citizen Day.

According to Pashinyan, the government has approved the draft law.

“[It will] mark the victory of a non-violent, velvet, popular revolution in Armenia from April to May of 2018,” Pashinyan wrote on his Facebook page.

He concluded saying that if the last Saturday of April will coincide with April 24, that year Citizen Day will be celebrated on the last Sunday of April instead.

The Velvet Revolution was a series of peaceful, anti-government protests in Armenia from April to May 2018 staged by various political and civil groups led by then-member of parliament Nikol Pashinyan. Protests and marches took place initially in response to Serzh Sargsyan’s third consecutive term as the most powerful figure in the government of the Armenia and later against the Republican Party-controlled government in general.

Access to Clean Water Remains a Challenge for Many Armenians