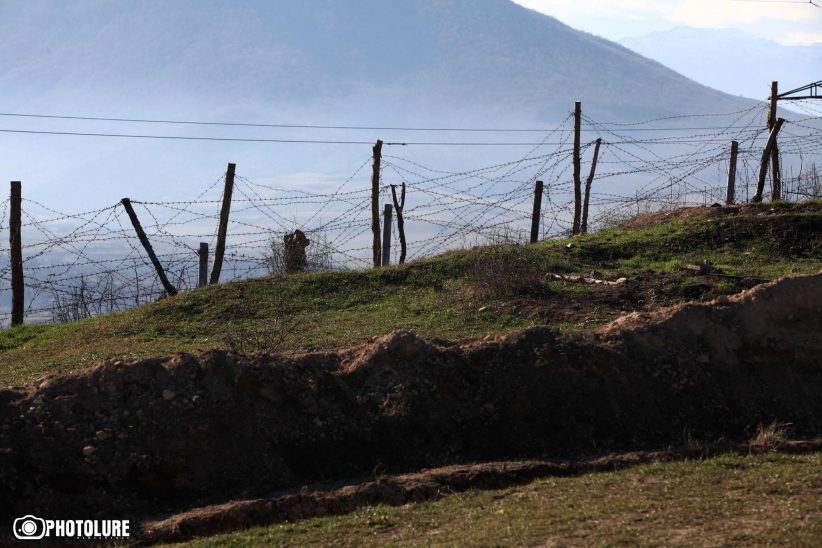 Armenia is willing to exchange captives who got lost and crossed the border, said Armenian Prime Minister Nikol Pashinyan, referring to the possibility of exchanging Armenian and Azerbaijani citizens currently held in both countries.

At a press conference on March 19, a journalist asked Pashinyan whether it would be possible, as a mutual confidence building measure, to discuss the exchange of all citizens held in Armenia and Azerbaijan, under the principle “everyone for everyone” at the upcoming meeting between Pashinyan and Aliyev.

“Previously, there was a practice that within a week, both Armenia and Azerbaijan, as well as Nagorno-Karabakh, would return people who had crossed the national borders or went astray,” said Pashinyan, noting that the practice was interrupted when the Azerbaijani armed forces entered Armenian territory and killings took place.

On July 4, 2014, Dilham Askerov and Shahbaz Guliyev entered Armenian territory and carried out murders. They were charged with the kidnapping and murder of 17-year-old Smbat Tsakanyan, whose bullet riddled body was found in the woods near his village of Jomard in Karabakh a day after his family had reported him missing. Askerov and Guliyev were also accused of a roadside ambush on July 11 on the Vardenis-Karvachar highway, which resulted in the death of Major Sargis Abrahamyan, and caused severe injury to his passenger Karine Davityan. One of the members of the subversive group that had infiltrated Karvachar was killed and the other two were arrested several days later. Shahbaz Guliyev and Dilham Askerov were found guilty of murder, kidnapping and espionage. The court of Karabakh sentenced Askerov to a life sentence and Guliyev to a 22-year imprisonment.

Read More: Uncovering the Mystery of the Kelbajar Murders

Read More: The Three Armenian Captives in Azerbaijan Must Be Saved

Touching upon the question of “everyone for everyone,” Pashinyan said, “We are ready to exchange the lost individuals. We also have someone [meaning Karen Ghazaryan – editor’s note], who they consider a subversive, sentenced to twenty years in prison.”

Speaking about the Azerbaijani who crossed the border on March 16, Pashinyan said an investigation would clarify whether he was a subversive or an ordinary citizen. The prime minister underlined that it was very important whether there were murders carried out by citizens crossing the border or not.

“In the case of people whose actions have not resulted in deaths – I’m not even saying injured – nothing is irreversible – we are ready to discuss that issue,” Pashinyan concluded.

On March 16, an Azerbaijani citizen crossed the border on the northeastern side of Armenia and was captured by Armenian soldiers.

Artsrun Hovhannisyan, Armenia’s Defense Minister’s spokesperson, wrote on his Facebook page that an unknown person, later identified at Hibragimov, crossed the state border of Armenia after being detected and warned.  “After being wounded in the lower limb by a gunshot, he was first given emergency medical aid and then transported to a medical facility. His life is not in danger,” wrote Hovhannisyan.

On March 18, Arman Tatoyan, the Ombudsman of the Republic of Armenia, visited Hibragimov in the hospital, notifying him of his rights, including right to contact with family members. Tatoyan discussed the same issue with Armenia’s National Security Services, which expressed willingness to allow the Azerbaijani citizen to communicate with immediate family.

In July 2018, Karen Ghazaryan, a 34-year-old resident of the village of Berdavan, crossed the border into Azerbaijan. The Ganja Military Criminal Court of Azerbaijan sentenced Armenian citizen Karen Ghazaryan to 20 years in prison for “organizing sabotage and terrorist acts in the territory of Azerbaijan.”

In November of 2018, Karen Ghazaryan’s relatives protested what they deemed as government’s inadequate response to the situation by closing the Armenia-Georgia interstate highway. They demanded that the government consider exchanging prisoners with Azerbaijan.