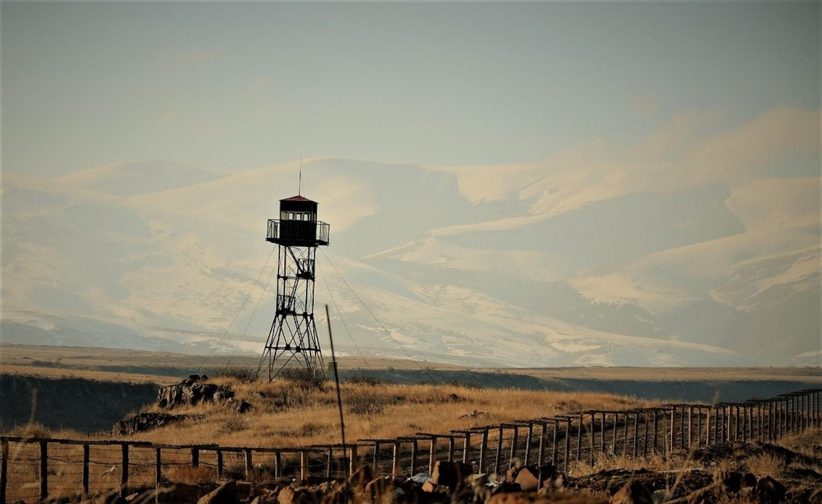 On March 16, an Azerbaijani citizen crossed the border on the northeastern side of Armenia and was captured by Armenian soldiers.

Artsrun Hovhannisyan, Armenia’s Defense Minister’s spokesperson, wrote on his Facebook page that an unknown person – later identified at Hibragimov – crossed the state border of Armenia after being detected and warned. Hovhannisyan also said that Hibragimov violated the state border of the Republic of Armenia and has been arrested for that reason.

“After being wounded in the lower limb by a gunshot, he was first given emergency medical aid and then transported to a medical facility. His life is not in danger,” wrote Hovhannisyan. “According to the discovered documents, he is a resident of Ghazakh, a region of Azerbaijan, born in 1986, under the name of Elvin Arif Oglu Hibragimov. A criminal case has been initiated at the Armenia’s National Security Service’s Criminal Investigation Department. A preliminary investigation is ongoing.”

On March 18, Arman Tatoyan, the Ombudsman of the Republic of Armenia, visited Hibragimov in the hospital, notifying him of his rights, including right to contact with family members. Tatoyan discussed the same issue with Armenia’s National Security Services, which expressed willingness to allow the Azerbaijani citizen to communicate with immediate family.

Following his visit, the Ombudsman also met with representatives from the International Committee of the Red Cross, the main agency responsible for captured citizens on both sides, to relay information about Hibragimov’s medical situation as well as possibilities for contact with immediate family.

Berd Town Will Soon Have Its Eco Center