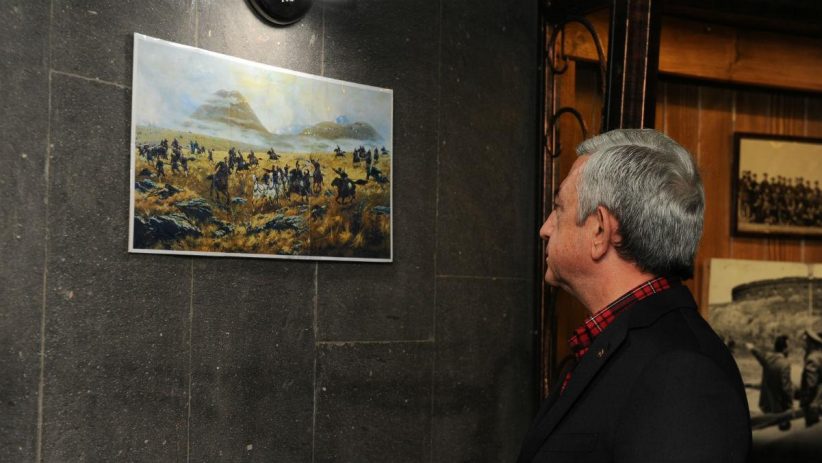 Armenia’s newly elected president, Armen Sarkissian, will take office on April 9. That day will also mark the end of the term of the incumbent President Serzh Sargsyan. However, the possibility of Sargsyan leaving the political scene seems highly unlikely.

– Armen Sarkissian, former ambassador of Armenia to the United Kingdom, will become President of Armenia on April 9. Eight days later, on April 17, the Armenia’s National Assembly will choose the next Prime Minister. The ruling Republican Party (RPA) that to which the incumbent president belongs to – has the majority of the seats.

– In an interview with Tert.am on March 19, Sargsyan hinted that he may extend his decade-long rule, this time as prime minister.

– In a 2014 pledge, Sargsyan had said that if Armenia chose a parliamentary form of governance he will not aspire to hold the post of prime minister. “I believe that one person must not aspire to the reins of power in Armenia for more than twice in a lifetime,” he added.

– “I don’t know when we will finish the discussions, but if we finally decide that I am putting forward my candidacy, it would be done with one reservation – that along with exercising the authority vested in me under the Constitution, I will be paying more time to sharing experience with young leaders,” he told Tert.am.

– He justified his decision by citing recent fighting in Nagorno-Karabakh and internal unrest in the country, which he said have combined to fundamentally alter the political climate in the years since he made his pledge not to remain in power.

– The amendments to the constitution allow Serzh Sargsyan to continue ruling the country upon the end of his presidential term if he is elected as prime minister.

– With the new constitution, Serzh Sargsyan can rule the country without a term restriction, provided that his Republican Party wins parliamentary elections.

– Next parliamentary election in Armenia is due to take place in April of 2022.

Parliamentary system empowers the post of the prime minister

– Under the constitutional referendum voted in 2015, the country’s prime minister will become the most powerful individual in the country while the president’s post will be reduced to a ceremonial role.

– According to the constitution, the cabinet as a collective body will lead the executive affairs of the country, while in times of war, the Prime Minister will take the responsibilities of commander in chief of the armed forces.

– Recently, a law-enforcement bill was adopted by the government. The list of law-enforcement agencies under the prime minister’s control will now also include the Police and the National Security Council.

– The ruling RPA has won a majority in each parliamentary election and is expected to vote for Serzh Sargsyan during  the next elections for prime minister on April 17.

– “The Republican Party of Armenia, taking into account inside and outside challenges, and as part of the powers the constitution provides to the Prime Minister, has no better prepared and more responsible, wise and flexibly reacting to challenges figure than the current president Serzh Sargsyan,” said Eduard Sharmazanov, the Spokesperson of the Republican Party and the Deputy Speaker of Parliament.

– On March 24, the “We will change” civil initiative held a march named “Reject Serzh” in Yerevan. The objective was to protest against the possibility of Sargsyan becoming the next prime minister of Armenia.

– “Our goal is to urge organizers and members of different initiatives to join us and say, “Reject Serzh,” said David Sanasaryan, one of the initiators of the “Reject Serzh” protest.

– “Presidential elections are generally easier for the opposition to unite behind,” said political analyst Mikayel Zolyan in an interview to Eurasianet.org. “It makes sense for the government to abolish the presidential system since it has always acted as a bottleneck for authoritarianism here.”

HALO Trust employees killed in an explosion in Nagorno-Karabakh