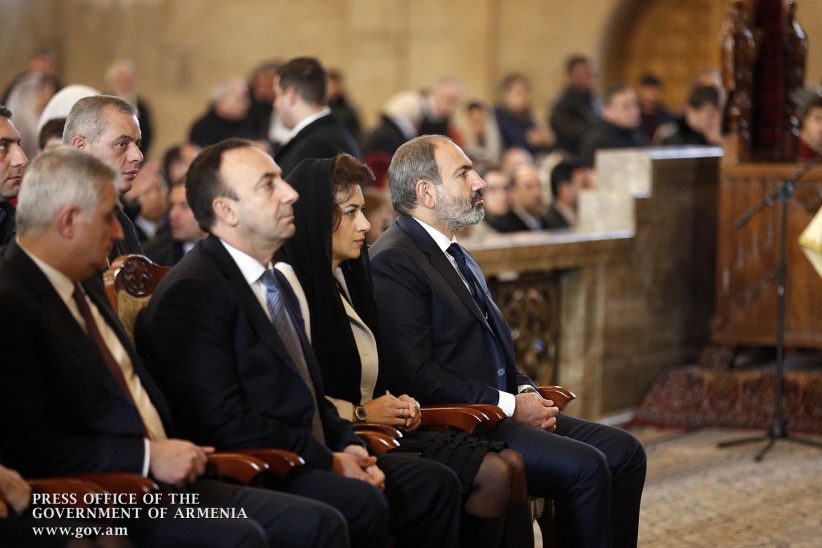 Armenia’s Special Investigative Service has launched a criminal case against the head of the country’s Constitutional Court Hrayr Tovmasyan. Days earlier, members of the Constitutional Court refused to follow the demands of the parliamentary majority to oust Tovmasian. National Security Service summoned Tovmasian’s father and two daughters for questioning.

Emil, how do you see these steps by Armenia’s law enforcement agencies?

What we are seeing is a campaign by Prime Minister Nikol Pashinyan to force Tovmasyan and other judges who do not support his position on keeping former President Robert Kocharyan jailed to resign. Investigations by National Security Service, Special Investigative Service, as well as the parliamentary declaration, blocking of the courts are all part of this campaign.

Tovmasyan was key to tailoring Armenia’s constitution in a way that would allow for former President Serzh Sargsyan to prolong his power as prime minister. For this, he was awarded the position of Chief of Constitutional Court for life by Sargsyan. With this history, how can Armenians trust him to guarantee the constitutionality of legal and political processes in the country?

Tovmasyan’s role in the previous government was certainly dubious, particularly in constitutional changes in both Nagorno Karabakh and Armenia intended to prolong Bako Sahakyan and Serzh Sargsyan’s positions. Coming with that baggage means that all of Tovmasyan’s decisions will be held under scrutiny by the current government, and if his decisions end up violating the law, there are certainly legal mechanisms of sanctioning him.

Armenia’s new government seemed not to have a problem with Hrayr Tovmasyan heading the country’s high court immediately following the “velvet revolution”. In your opinion, why has this changed?

The only evident reason that caused a change in government’s treatment of Tovmasyan is his position on former President Robert Kocharyan’s jailing. As we can see from other cases, the government sees no problem with corrupt judges such Armen Danielyan who supported the government in that case.

For me it is obvious that Pashinyan’s effort to keep Kocharyan jailed is coming at a great cost to the new government’s credibility and this is damaging its reputation. It’s kind of like a black hole sucking all the energy and focus of Armenian politics.

The change of government has opened an opportunity to have a judiciary that is truly independent from the executive branch and can serve as a check on abuse of power. But this opportunity is being wiped out by Pashinyan’s scorched earth tactics.

What can be the way out of this situation?

There is not one way out of this situation, there are several scenarios. At this point I am not optimistic that Pashinyan can take a more pragmatic approach unless he is confronted by members of his own party, which seems unlikely. So, the most likely scenario is a protracted political and legal battle that will continue to drain Armenia’s resources while Pashinyan is in power. Of course, it will not end with Kocharyan, the circle of targets will likely expand to include the current president Armen Sarkissian, businessman Gagik Tsarukyan and any other figures suspected of lack of loyalty to Pashinyan.

Fundamentally, I see this as a reflection of a lack of positive, progressive agenda for Armenia, with the government instead focused on old political grudges.

Read the interview in Armenian