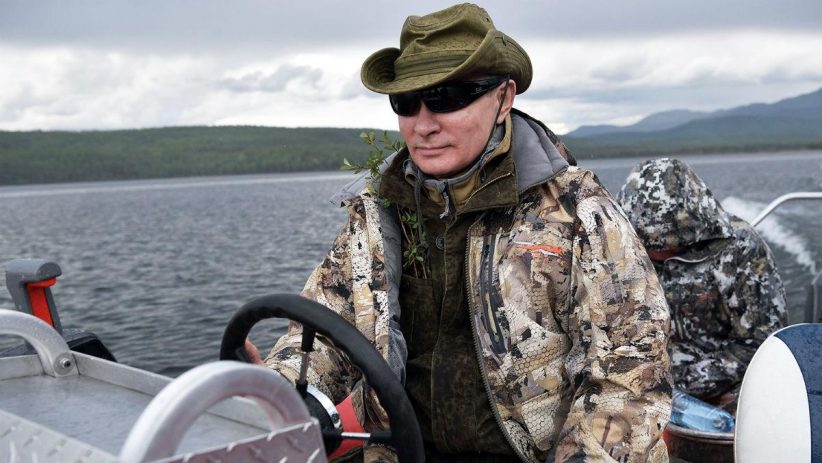 It is an absolute necessity to listen to the “State of the nation” speech of the Russian president Vladimir Putin, or at least to read its transcript. The speech, delivered on March 1 at the Manezh Exhibition Hall in Moscow, is a historic event: not so much because it is the yearly speech of the Russian leader; not even because it is the first serious effort for the incumbent in his election campaign, less than three weeks before the vote of March 18. Not even because it unveils his electoral programme – who seriously thinks anyone in Russia could compete with Putin? But because in this speech Vladimir Putin unveiled his programme for the next six years of his presidential term.

Russia and the world look radically different in the projections of the Russian president. It is a dangerous world with nuclear weapons, geopolitical competition, where the risk of global war is real.

In the first part of his speech Vladimir Putin repeated trivialities: Russia is a great country but has even more potential; that Russia needs to develop technologies and not rely on raw material exports; that Russia needs to “expand freedom in all spheres, strengthen democratic institutions, local governments and courts…”[1] He also defended his record since… the year 2000 when he was hand-picked by ailing Boris Yeltsin to become his successor in the best Soviet traditions (minus the collective aspect of the Soviet Politburo): In the year 2000 30% of the Russian population lived under the poverty line, in 2012 it was reduced to 10%, although the number of the poor has doubled since “against the backdrop of the economic crisis”. Putin also promised to increase minimum wage, to increase Russia’s GDP by 50%; to make Russia one of the five largest economies. Putin also promised to transform cities and villages, renovate infrastructure, invest in 4% of GDP in healthcare, more road construction, and high speed internet. He also promised to overhaul old Soviet scientific-cities in order to develop the technology sector, robotics, big data, etc.

All that was the introduction. The second part of the speech took a different turn. Putin talked about the Russian military intervention in Syria in the same developmentalist spirit, as if he was talking about welcoming increase in factory outputs or cotton production: “The operation in Syria has proved the increased capabilities of the Russian Armed Forces (…) now (it) has 3.7 times more modern weapons” as well as 80 new intercontinental ballistic missiles… 102 submarine-launched ballistic missiles… Syria has become a showcase of Russian military might: “Both Russia and the entire world know the names of our newest planes, submarines, anti-aircraft weapons” etc.

Then the Russian leader gave much space to boast about the newest Russian ballistic missile systems, as if it was a speech from the time of the Cold War. He justified the new arms race as a direct response to US “unilateral withdrawal” from Anti-Ballistic Missiles Treaty (signed between the US and the USSR back in 1972). He mentioned about hypersonic missile systems that could hit targets at 11’000 kms with nuclear warheads, against which enemy defence systems remain powerless. There was fascination towards machines and technology, much like the American war planners who sent their troops to invade Iraq in 2003. “They did not listen to us then. Listen to us now,” concluded Putin his triumphant speech.

Of course, Putin and the Russian public opinion have a lot of legitimate criticism that can address to the American leadership. After the end of the Cold War, successive US leaders neither helped the new independent republic, nor did they replaced NATO – as an anti-Soviet military alliance – with a new security arrangement that could integrate Russia and pacify the “old continent”.

Yet, by following the Russian elections one would get the impression that anti-US rhetoric is a way to silence debate about Russian political choices. To start with, no one would question why the Russian political system could not produce any new leaders? By the end of his next mandate, Putin (2000-2024) would have served as the leader of Russia for 24 years, even longer than the last Russian Tsar Nicholas II (1896-1917). That in spite of talks, Russian economy remains dependent on oil, gas, and other raw material exports, which does not stimulate technological progress; that monopoly of power does not encourage participation and democratization; that censorship of media does not encourage a transparent evaluation of state propaganda; that the Russian bureaucracy grew even bigger than Soviet bureaucracy; that after 25 years of “transition” Russia still needs to think about democratization and reforming its judiciary.

Nor could anyone seriously investigate and debate about claims of Russian military power: in fact, the three wars Russia fought under Putin – Chechnya II, Georgia and Syria – were against weaker states or insurgencies, the three of which showed clear weaknesses of the Russian military. The latest confrontation between Russian military personnel and American forces in northern Syria ended with catastrophic results for the Russian side. But none of these issues, not even the Ukraine disaster or the number of Russian casualties in the Syria war, will be discussed during the Russian presidential campaign.

“All politics is local”, as the American saying goes. But Russian presidential elections of 2018 seem to suggest the opposite: that elections in Russia is all about geopolitics!

The article was published on the website of Agos Newspaper